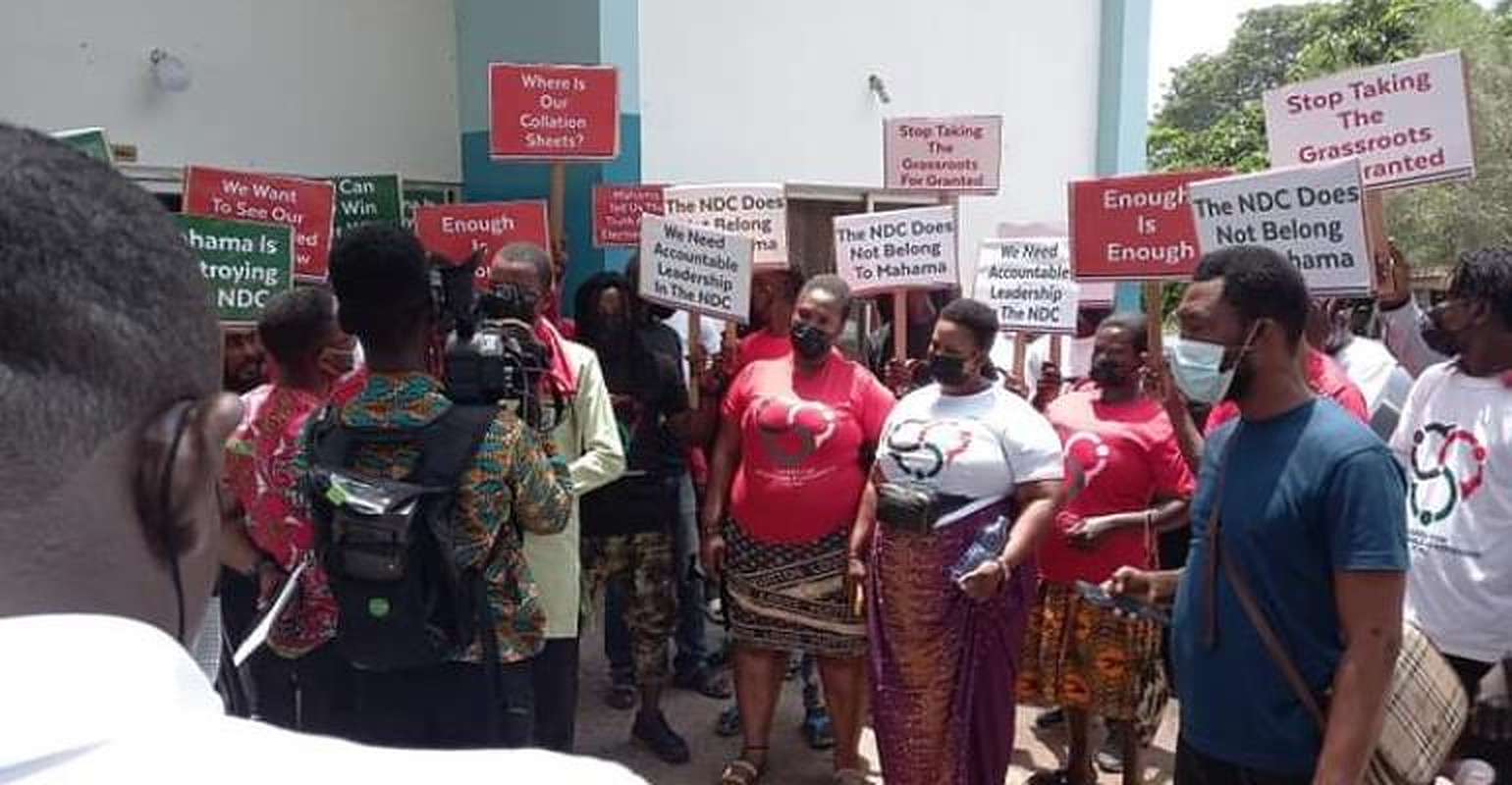 The United Cadres Front of the opposition National Democratic Congress (NDC) has described as a joke a “so-called Cadres for Accountable Leadership” threatening the party and former President Mahama.

A group calling itself Cadres for Accountable Leadership purporting to be affiliated to the NDC earlier today Tuesday, March 23, 2021, issued a 14-day ultimatum to the leadership of the party and John Mahama to produce collated figures for the 2020 elections or face their wrath.

But in a response, the United Cadres Front and the Gallant Cadres of the NDC said “there is no group in the NDC called “Cadres for Accountable Leadership”, let alone demands for the collated results of the disputed elections.”

In two separate statements signed by the PRO and Conveynor of the Gallant Cadres, Comrade Richard E A Sarpong and father Casford, and the Chairman of the United Cadres Front, Shine Gaveh, the two groups accused the ruling New Patriotic Party and some greedy personalities within the NDC who are bent on destabilizing the party before 2024.

According to the Gallant Cadres, “it is certain the NPP is behind this dastardly move”.

The United Cadres Front said they have “picked hints of some intercourse such opportunists have had and are still having with some NPP gurus to that effect”.

The two groups have cautioned the bedfellows of the NPP not to smear the image of honest Cadres of the party. They have dared the “cowards” to come out and not hide behind their conduits to destabilize the NDC.

“Per this release, the Interim Management Committee (IMC) of the UCF-Ghana, cautions all true Cadres who have gone through the mill, to ignore/avoid contacts by such destructionists. We as well encourage cadres to throw our weight behind H.E John Dramani Mahama for the 2024 agenda for the Flagstaff House.”

See the full statements below:

To all Media Houses

*Disregard The Threat, John Dramani Mahama Is The Choice Of The Grassroots*

The Gallant Cadres of NDC is setting the record straight the NDC grassroots is Solidly behind John Dramani Mahama to leading the National Democratic Congress into the 2024 General Elections.

There is no group in NDC called “Cadres for Accountable Leadership”, let alone demands for the collated results of the disputed election. It is certain the npp is behind this dastardly move.

According to some sources, the said group had issued a fourteen (14) day ultimatum to John Mahama to furnish the rank and file of the NDC with the internally collated results of the 2020 election.

The group had threatened to take drastic measures against John Mahama, as they claim his inaction to their demands will be most regrettable. The group wondered why such a critical information as a collated results couldn’t be produced for the party to appreciate the performance and investment that went into conducting and monitoring the elections.

Clad in colours of the NDC, the group held to placards that suggested they weren’t taking things likely with John Mahama and the party leadership.

Some of the placards read; “the NDC does not belong to Mahama, Enough is Enough, where is our collated sheets, Mahama is destroying NDC, We need accountable leadership from NDC, We want to see our 2020 collated results now”

Clearly, the above inscriptions are enough evidence to the fact that there is sinister move by our opponent to deceive Ghanaians and set confusion in our campaign. The cowards should come out.