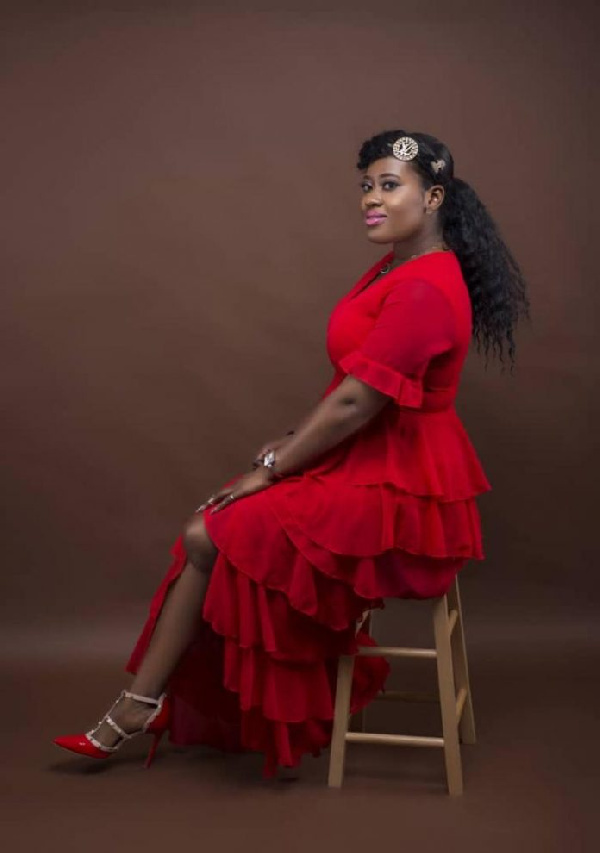 London based Ghanaian gospel musician Alice Mckenzie who is currently in Ghana says she does not see anything wrong with a Christian drinking alcohol.

The stunning Gospel musician who dresses to kill said in an interview with Ghanacreativearts.com when asked her view about alcohol in connection to a recent interview granted by Diana Asamoah that people who drink alcohol are senseless, she said that a Christian can drink alcohol but not abuse it.

“I think a Christian can drink but need to have a limit to it because alcohol itself has its own advantages and disadvantages“.

She quoted Galatians 5:13 that anyone who wants to drink should do that in moderation and 1 Timothy 5:23 which talks about drinking little wine for the sake of ones stomach and frequent cases of sickness.

According to her, she does not drink alcohol at all, but she thinks the debate of whether alcohol is good or not should not be limited to Christians but one’s background, medicinal value, disposition and environment must be factored into the discussion.

“Not everyone drinks alcohol and go out there to misbehave, so the fact that few people might be drinking it unwisely doesn’t really make any other person drinking it senseless “ she added .

Alice McKenzie was nominated in the just ended Ghana Music Awards UK in the “UK Based New Gospel Artiste of The Year” category.