Every leader worth his salt must have certain superlative leadership traits, and must be able to lead a culture of change. Key among these traits is truthfulness. And Ghana is blessed to have H.E. John Dramani Mahama as president. He has been consistently truthful to the people of Ghana. For instance when dumsor was at its biting worst, he accepted responsibility of the situation and promised that he will fix it by the close of 2015. Even though we still have about three months to go, it could be testified that dumsor has significantly improved, and almost ended.
His promise to change lives and transform Ghana is on course. In about 3 years, President Mahama has built one Teaching Hospital at Legon and expanding Tamale Teaching Hospital by 400 more beds. He is building a brand new 500-bed Military Hospital in Kumasi. He has completed or constructing 6 regional hospitals, at least 14 district hospitals, over 26 polyclinics, and more than 18 health centres, just to mention a few.
In the area of education, more than 1,000 different projects have been executed in the second cycle level; excluding the 200-day SHS project, 73 of which are at various levels of completion. In addition to these, the Progressively Free SHS has begun. At the basic level, countless number of classroom blocks have been constructed in a bid to eliminate schools under trees and abolish the shift system.
US$1.1 billion have been spent on the construction of new water systems, and expansion of some existing ones across the country.  76% of the entire country, both rural and urban areas now have access to good drinking water. This is the second highest in Sub-Saharan Africa,
Furthermore, extensive major road projects are ongoing in all 10 regions of  the country; these include, the 3-tier ultra modern Kwame Nkrumah interchange, the eastern corridor roads, Fufulso-Sawla road, etc.
It will also interest you to know that during President Mahama’s recent visit to France, the French government has agreed to provide through the French Development Agency (AfD) a 37.50 million Euro financing for the second phase of the Kumasi Roads and Drainage Extension Project which involves the construction of the Lake Road/Oforikrom bypass and the Aboabo drainage works.
Other projects include the construction of an 800-kilometre fibre optic ICT backbone infrastructure in the eastern corridor to provide broadband services to over 120 communities along the route from Ho to Bawku, with links to Tamale from Yendi, expansion of Tema Port, expansion of Takoradi Port, expansion of Tamale and Kumasi Airports, Atuabo Gas plant, exploration of  major oil blocs, namely: Ten, Gye Nyame, and the Volta Basin, just to mention a few.
With these achievements, it comes as no surprise when he was honoured by the Diasporan Association For Good Governance (DAGG) for being the best President Ghana has ever had since the days of Nkrumah few days ago at their 10th annual gathering where they honor world leaders who have helped or are involved in making Africa a model continent. The young man from Bole has indeed made Ghana proud.
Anthony Obeng Afrane 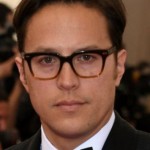