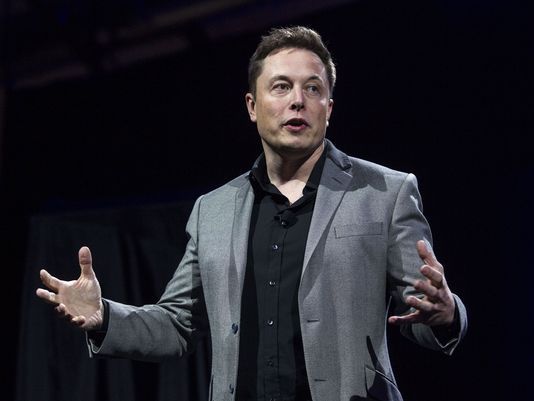 CAPE CANAVERAL, Fla.—Decades ago, the business of launching stuff beyond Earth’s orbit fell solely under the purview of governments. When the stuff being sent wasn’t robotic hardware or scientific instruments, the people who chose what it would be approached the decision-making with a certain amount of seriousness about what it would say about the senders, what it would all mean. This stuff, after all, would be speaking not just for one spacefaring nation, but for the entire human species.

In the 1970s, a small group of people led by the late astrophysicist Carl Sagan spent weeks deliberating the contents of a message they would eventually send flying into the cosmos on board the Voyager spacecraft on their journey through the solar system. They picked a range of sounds, voices, and images from many corners of the planet in an attempt to create a capsule that could represent—however imperfectly—the entire world. And then they hurled it into the sky.

Away the postcard from Earth went, into space, past stormy Jupiter, past the delicate rings of Saturn, beyond the bluish marbles that are Uranus and Neptune, to the very edges of the solar system, and then beyond. Ad astra, as the saying goes: to the stars.

That was then. Today, the people deciding what to send hurtling into the solar system don’t always work for nasa. Now, it’s Elon Musk—and he’s shattering traditions.

Musk, the South African business mogul and progenitor of perhaps too many companies to name, picked as the payload for the first flight of his new rocket a cherry-red Tesla convertible.

The Falcon Heavy launched from Cape Canaveral in Florida at about 3:45 pm ET on Tuesday in a history-making event. (For more on the actual launch, go here.) Two of the rocket’s three boosters detached and returned to Earth, touching down on landing sites nearby. If everything goes according to plan, the last booster will undergo a similar process. Its first stage will return to Earth, while its second stage—the bit with the Tesla in tow—will continue on into space. Its engines will shut off and then restart again, kicking off a six-hour coast that will eventually put the Tesla into an elliptical orbit between Earth and Mars. There, the Tesla will join the planets and comets and everything else in their steady march around the sun. Over time, the car’s orbit is expected to bring it closer to Mars, which is what Musk means when he says he’s sending his car to the planet.

Musk told reporters in a teleconference Monday he expects the Tesla to coast comfortably in space for hundreds of millions of years. “At times it will come extremely close to Mars,” he said. “And there’s a tiny chance that it will hit Mars. Extremely tiny.”

The Tesla is, well, not the Golden Record. Instead of a rosy time capsule of Earth and its history and inhabitants made for consumption by unknowable alien civilizations, it carries a dummy in a SpaceX space suit, and will blast David Bowie’s “Space Oddity” at top volume from its speakers. Any other payload, Musk said when he made this public in December, would have been “boring.”

The decision is a clever show of cross-promotional marketing that only someone like Musk is capable of. Some have groaned at the idea, describing it as nothing more than a cheesy publicity stunt for Tesla, a company facing fresh delays in production goals. And yes, the placement of a Tesla on top of a brand-new 230-foot-tall rocket with 27 engines, three times more than Musk’s flight-proven and reliable fleet of Falcon 9s, certainly helps with publicity.

But this cargo does carry some meaning. It’s just not the kind we’re used to, because, until only a few years ago, the thought that a commercial company (not the government, not nasa) would lay claim to the business of sending stuff into the solar system—well, it seemed nearly impossible. It’s not anymore. The Tesla, in addition to adding some pizzazz to an otherwise technically complicated test flight, signals another milestone in a shifting spaceflight industry. Commercial companies like SpaceX and Blue Origin have taken up the work historically done by nations, and they’re doing a good—and cheaper—job of it. The days of sending romantic mementos like the Golden Record are dwindling, and an era of private individuals launching what they want is nigh. A little less sentimentality, and a little more spice. It’s ad astra, with emphasis on the ad.

“Just bear in mind that there is a good chance this monster rocket blows up, so I wouldn’t put anything of irreplaceable sentimental value on it,” Musk said in an interview with SyFy in December. Unlike the Golden Record, there will be many more Teslas.

As for what will actually happen to the car, it’s not yet clear. A flight path for the Falcon Heavy, shared by Musk on Tuesday before the launch, shows the Tesla fully separating from the second-stage hardware that vaults it into space, where it will coast solo. It’s not clear yet what will happen.

If the Tesla does not detach from the metal capsule, it will remain in pristine condition for cosmically long periods of time. In space, metal is not subject to the corrosion that occurs on Earth, says Luz Marina Calle, the lead corrosion scientist at nasa. But if the Tesla indeed becomes exposed to the extreme environment of space, what will happen to it, particularly after floating around for hundreds of millions of years? After all, Musk left the top down. “That is something that is not known at this time,” Calle says.

The day before the Falcon Heavy test launch, a reporter asked Musk whether this launch feels personal because his Tesla is on board.

That statement has never been more true: As commercial companies take bigger and bigger bites out of the industry, the business of spaceflight has become less universal, and more personal. 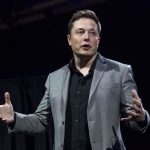