Politics is a game of numbers which require the maximization of every opportunity by any political movement in the public space. Discussions are generated based on political lines in the sphere of politics which are motivated mainly by ideological inclinations. In the end, citizens who are politically active, are swayed to belong to where they believe their interests would be better served.

There has been a long standing notion that the National Democratic Congress (NDC) has not remained attractive to the “elite” in our Ghanaian society. As loose as the assertion appear, some of the citizens who have had some appreciable levels of education have remained detached from the party NDC openly, even though deep down their hearts, they are motivated by the ideology of the party.

Perhaps, the commentary and literature that have been documented on the revolutionary past of the party has made this issue one of relevance. It cannot be taken away from the NDC the fact that the party emerged out of a team of revolutionalists. To attempt to take that path would be to pull foot from the key pillar of the party and the root of its ideology.

What is interesting is that the two major political parties in Ghana – National Democratic Congress (NDC) and New Patriotic Party (NPP) have had links to radicalities in the past. If the NDC has a past linked to coup d’etat, the NPP equally has. As a matter of fact, the first coup to be staged in Ghana in 1966 has been variously linked to predecessors of the NPP then operating under a different name.

In the history of the nation, and especially under the 4th republican dispensation, ushered by the National Democratic Congress, the investments in key sectors that produced the base for elitism, were mainly done by the NDC.

First of all, no one becomes an elite without education. In that process, educational facilities must be provided for individuals to acquire knowledge. For that reason, schools from basic to university levels must be provided. This had mainly remained the duty of central government over the years, although we have had tremendous private sector participation.

The reason why government will focus on such a key sector is the fact that leaving education mainly in the hands of the private individuals would mean totally cutting away the poor and vulnerable who may be brilliant, from acquiring education as the issue of affordability would have become a challenge to them.

That aside, health is an important aspect of the lives of citizens. It is the duty of every government to ensure that its citizens have access to quality and affordable heath care. This, the ‘elite’ as well as the ordinary require to be able to go about their business everyday.

On the matter of economy and its development, this is motivated by the ideology that motivates a political party. While a socialist government will be geared towards taking hold of production and distribution of labour and other resources according to strength and need, a capitalist government would focus on ‘creating an enabling environment’ as they always would say, for the private sector which they classify as the ‘engine of growth’ to participate in order to maximize their participation. The greatest motivation for participation under capitalism is profit, the major interest in running a business.

Looking at these three areas, when it comes to education, the National Democratic Congress had over the years, invested in education from basic level to university than any political party in Ghana. This means the NDC had provided opportunity to many Ghanaians to access education for their enlightenment.

In my understanding, no political party that does not care about building knowledge would invest in providing education to its citizens to get enlightened. It is important for the Ghanaian society to understand therefore, that the National Democratic Congress could not be said to be anti-education and anti-elite while at the same time, building schools and institutions of higher learning for its citizens.

In the health sector, as stated earlier, as important as the sector is, and the capital required to provide facilities to cater for citizens, governments stand advantageous in taking steps to invest in the sector. Over the years, the National Democratic Congress had ensured that investments in the health sector is expanded to as many citizens as possible, than any political party had ever done in the history of Ghana.

In recent times, the Mahama administration, an administration that was inducted on the back of the NDC, had invested hugely in the health sector. One can immediately point to the expansion of the Police Hospital, expansion of the Tamale Teaching Hospital, the Dodowa District Hospital, Fomena District Hospital, the 37 Military Hospital in Kumasi that is far near completion, the Greater Accra Regional Hospital (Ridge Hospital), the Legon Medical Center, the Maritime Regional Hospital, among a host of other hospitals, polyclinics, Clinics, CHIPS componds, etc.

On the economy, the NDC was highly motivated by its ideology. The ideology that presents that the state must be at the centre of production and distribution of resources in order to ensure that even the poor in society is catered for. As difficult as it was to reach to the core of this ideology, the party had remained through to its course. The building of modern markets which could have been left in private hands, the provision of electricity to the rural areas where capitalists would find no reason expanding electricity to, the construction of roads to communities other ideologists would find no reason to attend to.

It is high time the party linked its investments in the lives of the people for them to appreciate the motivations of the party over the years. If the New Patriotic Party can remove the tag of its predecessors involvement in stagging the first coup in Ghana, the NDC can equally do same.

The party must focus attention on bridging the gap and encourage as many citizens as possible to participate openly in its activities in order to ensure that its base is expanded and secured. The African setting is disposed towards socialism. To think that capitalist-inclined political parties can rise to power in Africa, is to say that there is a missing link between the leadership of socialists and the citizens of the nation.

It is inherent to ensure that the party deploy its communication towards bringing out its investments in the lives of the people and why it cannot be said to be against the breeding and nurturing of a society of knowledgeable citizens as its works over the years are contrary to the claims in the public domain. If that is done, the party can remain dominant in the political space and make the party stronger and better for a very long time to come. 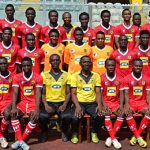