Some people who were and are perhaps still unhappy on behalf Governor Udom Emmanuel of Akwa Ibom State and his predecessor, Godswill Akpabio have made several rejoinders in the last few days in response to last week’s article in this column titled “Uncommon Governance: The bane of Akwa Ibom State.”

•Akpabio and Udom: Who is calling the shots?

The rejoinders which attacked only the messenger and none of his messages have as usual been quite helpful. Through them, many people who didn’t read my article must have searched for and read it so as to comprehend the attacks. Thus, rather than feel bad about the personal attacks, I should appreciate the exposure they have given to this column and the issues at stake by inadvertently creating more awareness about the subject to the benefit of society.

What some writers of rejoinders do not know is that there is a tendency in our part of the world for people to believe the first account and to consider the second as a cover-up which it really is for most of the time. For this reason, instead of engaging in circumlocution and saying nothing, a rejoinder where absolutely necessary should provide superior information that effectively counters the original article.  It should also be made by the appropriate person. For example, my article alleged that the Akwa Ibom State Government was wasting resources on irrelevances instead of handling basic issues such as payment of salaries of doctors in the state. It is not government that can counter the allegation; rather, the state Chairman of the Nigerian Medical Association (NMA), Dr Augustine Umoh and the Secretary, Dr. Aniekan Peter have to retract the communiqué earlier issued by them where they publicly warned that their members were set to down tools on account of unpaid arrears of as much as 15months salaries.

If as the rejoinders alleged, I once praised Akpabio for whatever he did well, am I supposed to also praise him in other matters which to me require to be redressed? Again, does drawing attention to what calls for change amount to condemnation? I don’t think so, just as I don’t see why Governor Udom should be unhappy that such issues of governance are highlighted to guide his new administration. Akpabio’s tenure is over and changes that can help Ibom people now rest squarely on his successor. Such governors Udom should follow columns such as this which are dedicated to social change in our country.

Less than a month ago, the focus was on Enugu State where the government was at the verge of procuring 48 Prado Jeep cars for Legislators and Commissioners at a whopping sum of N500million at N11.5million per car. The alarm was appropriately raised by workers in the state, under the aegis of the Joint Public Service Negotiating Council. Surprisingly, a few days later, the workers reportedly claimed after a meeting with the government that all was now well.

Knowing the undisguised disposition of the typical Nigerian legislator, we needed to unravel the silent factors which influenced the resolution. Was the original alarm false? Did government reduce the number of vehicles or was it resolved that cars worth N5.3 million as dictated by the appropriate body- the Revenue Mobilisation Allocation and Fiscal Commission (RMAFC) were now to be bought thereby reducing the expenditure by over 50%? If so, was the expenditure budgeted for and why was it the Governor and not the House of Assembly service that was buying the cars?  The workers, had earlier alleged that “whereas a civil servant that served the state for over 30 years and retired over five years is yet to be paid his/her gratuity, political officeholders, who worked for four years, get jumbo salaries and other allowances, free Prado jeeps (N11.5m) and severance allowance.” We wanted to know if gratuities of retirees were now being paid or what persuaded the union leaders to drop their protest!  Based on these unanswered posers, we did an article titled “Enugu State, its workers and Prado Jeeps.”

As usual, none of the issues raised was answered; instead interested parties merely got some mercenaries to write rejoinders to abuse us. Being the burden of the columnist, that didn’t matter and it did not remove our suspicion that the cars were meant to make the legislators malleable to the executive for dirty assignments. The High Court judgment last month, that the state house of assembly violated its constitutional duties by impeaching the former Deputy Governor, Mr. Onyebuchi on August 26, 2014 as there was no basis for it instructively confirms that once the legislature is materially compromised, it is ready to do a hatchet job. This happened in the cases of Deputy Governors Jude Agbaso of Imo in 2013 and Sani Abubakar Danladi of Taraba State in 2012. We are thus free to make insinuations whenever a governor and his legislators are about to shortchange the people.

Writing this column has been inspiring because we are always vindicated. When my friend Adamu Muazu was made Chairman of PDP, I told him to beware because PDP always operated like a party without a head. Now he understands.

When we relied on the principle of ministerial responsibility to call for the removal of the then Minister of Education during the last ASUU strike, her aides organized a rejoinder which abused us amidst arguments that when ASUU went on strike in the past, no minister was removed. It was then we realized that the transformation agenda of the government was merely a slogan. When parts of Nigeria were being annexed by insurgents and our soldiers were virtually deserting their posts, we warned that military funds were being hoarded and that the commanders were engaged in self denial, we were called names but we have been vindicated. When we pointed at many poorly handled issues by the government of President Jonathan, they ignored us as yesterday’s men and lost the election

We shall therefore continue to use the column to mirror society, by isolating the topical issues of the moment for analysis and drawing attention to lapses so that they can be redressed. 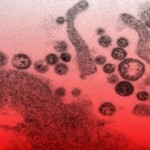