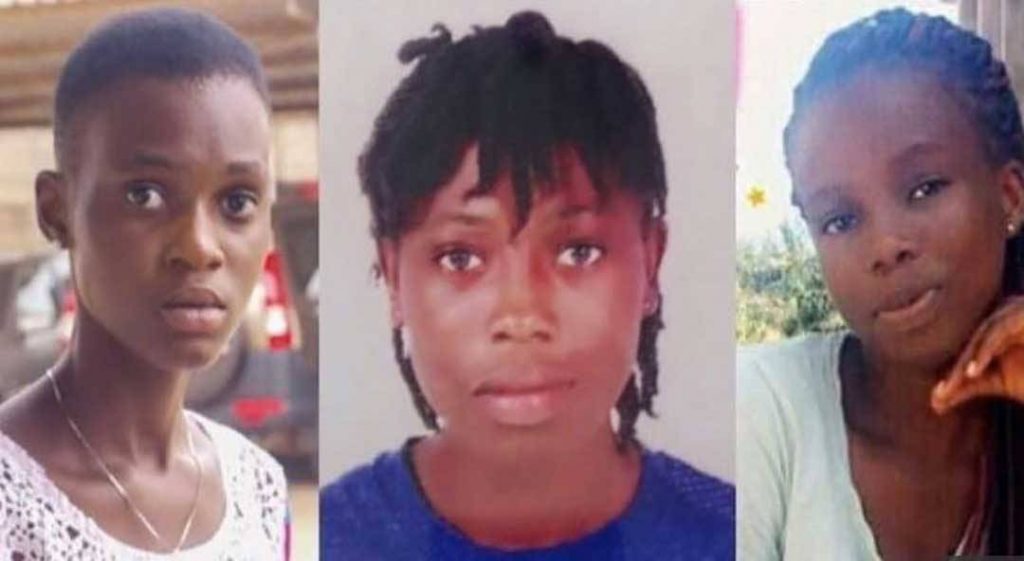 The families of the three kidnapped Takoradi girls have accused the government of showing a lack of commitment towards the rescue of the victims.

The families say they are fed up with seeming assurances and lack of information on the status of investigations to find the girls.

A brother of one of the girls at a joint press conference in Accra on July 15, 2019, is calling on President Akufo-Addo to set up a committee to investigate the matter.

“We ask President Akufo-Addo who is the Commander in Chief to set up a committee to investigate the issue as a matter of urgency”.
Sister of Ruthlove Quayson one of the victims said they have not been briefed on the progress of investigation for months.

“The police are keeping us in the dark, we have not heard anything from them and we went to the Takoradi Central Police Station to check how far investigations have gone but they told us they don’t have any update”.
“If not for the media we wouldn’t have even gotten to know a second suspect had been arrested” she added.
The family has also threatened to demonstrate on August 10, 2019, if they do not hear anything from the government.