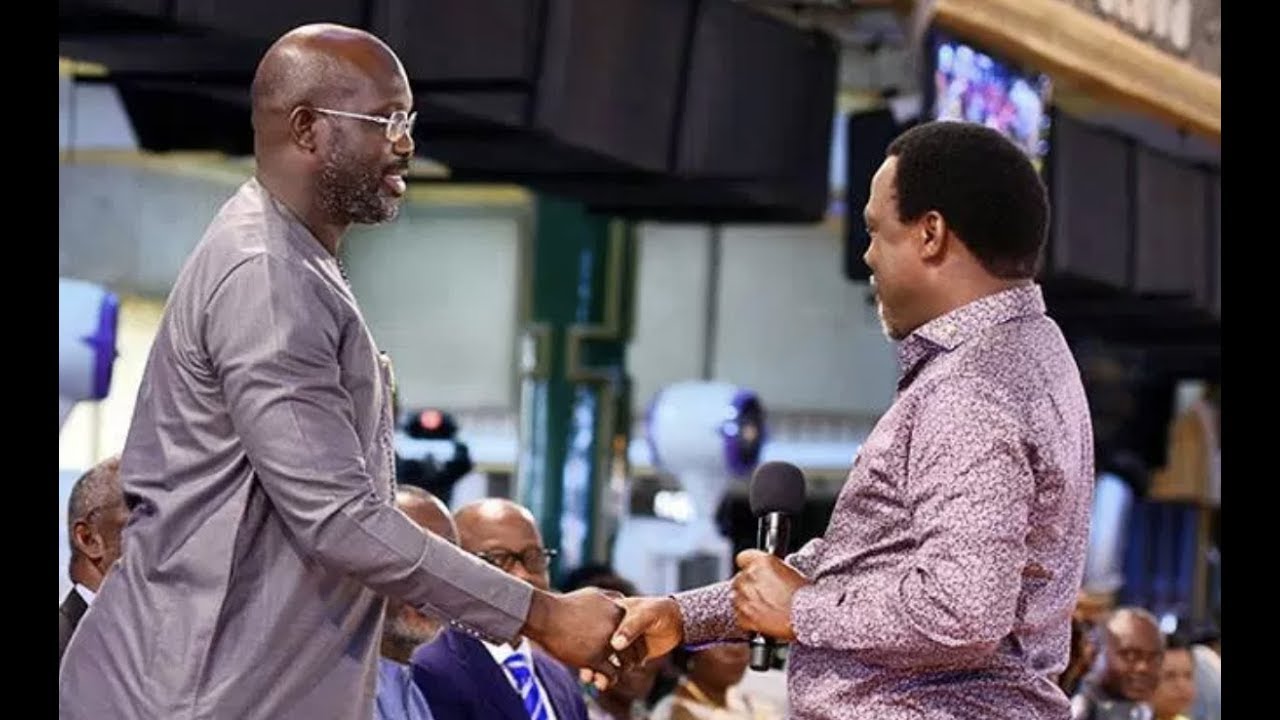 Indications have emerged that popular Nigerian cleric and televangelist, Pastor TB Joshua had a hand in what seems the sure victory of Liberian presidential candidate, Sen. George Weah in the West African nation’s presidential runoff election.

A former Nigerian Aviation Minister, Femi Fani-Kayode said that Weah’s “victory” was as a result of prayers and assurance of victory received from Joshua, who leads the Synagogue Church of all Nations.

Fani-Kayode tweeted on Wednesday: I congratulate George Weah on his election as the President of Liberia. I thank God for his life and for that of Prophet T.B. Joshua who prayed for him and assured him of victory when he visited him in his Church in Lagos a few weeks back. This is a well deserved victory!

TB Joshua is highly regarded among the political and cultural leaders in Africa, with many making personal visits to his Egbe, Lagos-based church headquarters for consultations and prayers.

However, the country’s National Electoral Commission (NEC) said on Wednesday that results have yet to be officially announced, thereby nullifying Weah’s election rumours.