The Head of the Syrian community seeking refuge in Ghana, Abdul-Ghani Badenjki, has told Citi News he is unhappy about Ghana’s decision to accommodate the two Yemeni nationals released by the United States from the Guantanamo Bay Detention Centre.

There has been a raging debate with many Ghanaians criticizing Government for accepting to host the two men with the excuse that they are reformed and pose no security threat to the country.

Amidst the disagreement on the hosting of the two former Guantanamo detainees, government also announced the hosting of Syrian refugees fleeing instability in that country on humanitarian grounds.

But it appears that not only Ghanaians are worried about the presence of the two supposed repented terrorists.

Speaking in an exclusive interview with Citi News’ Nana Boakye Yiadom through an interpreter, Abdul-Ghani Badenjki, who says the United Nations has appointed him to liaise with Ghana’s Foreign Affairs Ministry to integrate his country folks into Ghana, said the activity of Yemenis in the Middle East gives him so much to worry about.

He, however, noted that the presence of Syrians in Ghana poses no security challenges for the country.

“As a leader speaking on behalf of Syrians here in Ghana and those on their way coming into the country, I am not happy about the presence of the two Yemeni nationals in Ghana. My reason is that we in Syria are not extremists when it comes to our religion. We have some form of freedom when it comes to our culture such as listening to music and doing other things. We are not like the Yemenis who are very hard and are ready to do anything”.

We in Syria are even against terrorists and we don’t support it because it is destroying the image of everyone and that’s why we are not happy about the Yemenis being here”.

The Ghana Refugee Board has explained that the upkeep of some Syrian Refugees in Ghana is at no cost to the tax payer.

According to Ghana’s Foreign Affairs Minister, Hannah Tetteh, Government has agreed to provide humanitarian assistance to persons from Syria following the crisis in that country.

As at January 7th this year, only ninety-four Syrian refugees had arrived in the country with more expected in the coming weeks. 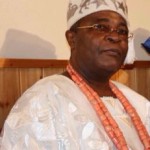