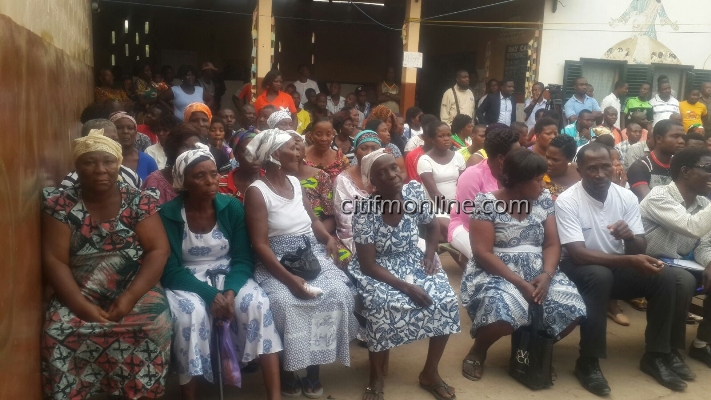 The former Chief Executive of the National Health Insurance Authority (NHIA), Sylvester Mensah, has admonished the National Democratic Congress (NDC) members in the Dade Kotopon Constituency, to halt the attack on party offices following his interrogation by the Bureau of National Investigations (BNI). This follows reports that irate members had locked up party offices in the area to demand that charges against Mr. Mensah are dropped.

Sylvester Mensah, who was once an MP in the constituency, was invited by the the BNI for questioning over allegations that he paid false claims to some medical facilities during his tenure at the NHIA. The Financial Intelligence Centre on Thursday froze all his bank accounts after an Accra High  Court granted an ex-parte application sought by the centre.

But speaking to NDC members in the Dade Kotopon Constituency, Sylvester Mensah urged the members to continue to work for the party saying the upcoming election is a critical one for the NDC. He said they should not relent on their efforts in ensuring that the NDC is retained in 2016.

He explained to the NDC members that the freezing of his bank account was only a procedure and not an indictment.