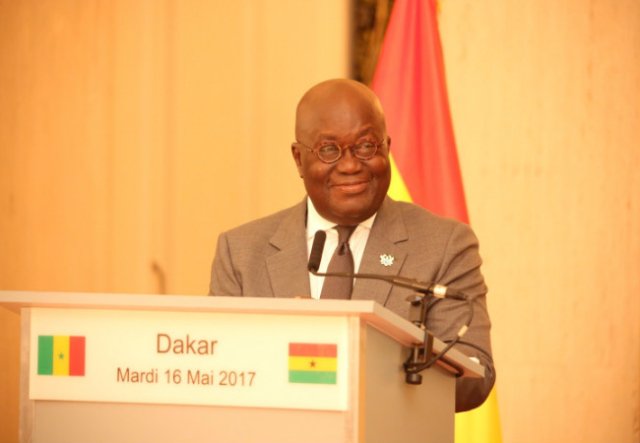 The Federal Republic of Switzerland has earmarked an amount of $80 million to support the enhanced competitiveness of Ghanaian enterprises in the global market space, as well as help in government’s efforts at diversifying the Ghanaian economy.

Ghana has been classified by Switzerland’s State Secretariat for Economic Affairs (SECO) as a priority country for economic development, resulting in the signing of the Swiss co-operation strategy for Ghana.

President Akufo-Addo made this known on Wednesday, 12th July, 2017, at a joint press conference held with the President of Switzerland, Her Excellency Doris Leuthard, at the Presidency, after bilateral talks between the two countries.

The teams from Ghana and Switzerland held discussions in the areas of Foreign Affairs, UN Reforms, Finance, Security and Agriculture, aimed at deepening the bilateral relations existing between them, as well as exploring other areas of co-operation.

President Akufo-Addo disclosed that the two countries underlined and reinforced their co-operation in helping to end the scourge of terrorism, and the threats to peace and sustainable development in Africa and the world.

Ghana and Switzerland also agreed to work closely within the United Nations Human Rights Council, as well as with other UN agencies, and extended mutual support for the candidatures of the two countries, vying for positions on the UN Security Council and other UN bodies.

“I took the opportunity also to highlight the importance that Ghana and the African Union attaches to the long, overdue process of UN Reform, especially of the Security Council, to correct the longstanding injustice that the current structure and composition of the UN Security Council represent for the nations of Africa,” he added

President Akufo-Addo also solicited the support of Switzerland for the lead role being played by the AU in its attempts to resolve the crises in Mali, Libya and other States of the Sahel, which are receiving the full brunt of the terrorism menace.

On the issue of migration and mobility, which have gripped the attention of the world in recent years, and now goes beyond the individual policies of state, President Akufo-Addo bemoaned the high numbers of young Africans taking harrowing risks across the Sahara and around the Mediterranean, trying to reach a better life.

What this means, the President added, is that “if we provide them the right environment in Africa, which enables them to enhance their skills, receive appropriate training, have access to digital technology and enhanced economic opportunities, their energies can be channelled towards making our continent great.”

He continued, “Nonetheless, whilst the necessary measures are being put in place, Ghana and Switzerland, as concerned and responsible members of the international community, have decided to co-operate further in ensuring legal and safer means of migration.”

In the area of agriculture, particularly cocoa, the two countries have signed a Memorandum of Understanding to enable both sides undertake jointly projects to boost cocoa production in Ghana, as well as add value to our cocoa.

President Akufo-Addo, however, stressed that “Ghana, under my presidency, will no longer become mere producers and exporters of cocoa beans, and will continue the policy of processing more and more of our cocoa here in the country. There is no future for Ghana and the teeming masses of Ghanaian youth with an economy that is structured around the production and export of raw materials. Her Excellency and her delegation agree with this, and have pledged the support of the Swiss Confederation to this end.”

President Akufo-Addo also took the opportunity also to solicit Swiss support for the candidature of Prof. Henrietta Mensa-Bonsu, a distinguished Ghanaian jurist, for election to the International Criminal Court (ICC) during the elections, which will be held in the 16th Session of the Assembly of State Parties to the ICC from 4th to 14th December 2017.

“We hope that, as we shape the future of Ghana, and position Ghanaian enterprises to compete effectively in the global market space, we have friends, such as the Swiss Confederation, to support us in this objective.

“There are many amongst us who cannot accept that it is only Asians who can engineer their transition from poverty to prosperity in a generation. We are determined to do that in our generation in Ghana, and ensure that succeeding generations will be neither victims nor pawns of the international economic order. Indeed, the project still remains a Ghana Beyond Aid,” he added. 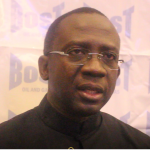