Her Royal Highness, Nomsa La Matsebula, the Queen of Swaziland, has lauded Ghana for maintaining peace over the years, making her one of the peaceful countries on the Africa continent.

She observed that, Ghana‘s peaceful atmosphere, has given her bright prospects for business destination.

“Ghana is a true country for investment in Africa because of her peaceful nature,” she stressed.

The Queen, made the comments when she paid a courtesy call on the Ashanti regional Minister, John Alexander Ackon, at the Regional Coordinating Council (RCC).

According to her, she considers Ghana as her second home, because of the unique culture of the citizens and stressed the need to maintain the cultural heritage of the country.

The Queen said, the history and relationship between the two countries, was very beautiful.

She hinted that, the king of Swaziland, was looking forward to deepen the relationship between him and the Asantehene, Otumfuo Osei Tutut ll.

Mr. Ackon in his remarks, touched on economic and cultural potentials of the region.http://ghanapoliticsonline.com

He explained that the location of Ashanti region, has made it a centre of tourism and business.
http://ghanapoliticsonline.com
Mr. Ackon indicated that, the visit to the region by the Queen, would serve as impetus for the two countries to exchange programmes, geared towards meeting the development needs of their people.

The Queen after interaction with the minister and his team, presented to him a beautiful hat as a traditional symbol to deepen the friendship between Ashanti region and Swaziland and later met the Mayor of Kumasi, Mr. Kojo Bonsu. 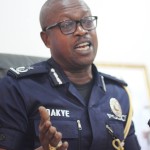