Decision makers in Ghana are faced with the dilemma of taking a decision on how to contain and protect the citizenry from the devastating corona virus which has affected more than 5 million people worldwide and claimed about 330 thousand lives globally with about 2 million recovered (as of 21st May 2020). A careful perusal and analysis of the WHO table of corona cases show that the most sensitive index which describes the intensity and scale of the spread is the Number of Tests per 1 Million of the population which in turn determines the magnitude of contraction of the virus amongst the population. Most of the countries that are intending to relax restrictions have exceeded 40000 tests per 1 million of the population. Ghana still lingers around 6000 tests per one million of our population.
In times of such crisis, there evolves a vicious cycle of uncertainties, involving scientific uncertainties in the prediction, uncertainties in the decision making process and action on the part of the authorities and finally the uncertainties in the perception of the risk of various communities and the public at large. These uncertainties largely depend on the quality of the data being collected which must reflect the essence of the phenomenon underlying the spread of the virus. In statistical terms, the data collection must be as random as possible. As at present, the data being assembled can be described as biased data since they are outcome of a controlled monitoring of the COVID-19 spread through the contact tracing and test approach. Moreover, the data such compiled do not constitute a conventional time series data in essence. From the point of view of public health scientists, such data cannot be used to predict the peak level of the spread whilst the scientists in the public administration are using an empirical tallying of the data to estimate the peak. In the science of extreme phenomena the data must lead to two extreme situation scenarios, namely, the best situation scenario and the worst situation scenario. In this case of COVID-19, the best scenario leads to socioeconomic defence and the worst scenario leads to saving lives and they pose competing strategies for the decision making process.
Socioeconomic pressures on the decision making process include the following:

The interpretation of the scenarios by the responsible authorities could imply an excessive or too moderate evaluation of the real risks. This could have serious consequences if the information received undergoes distortion and therefore affects the perception and formulation of the scenarios of the pandemic.
There is also uncertainty in the opportunities which refers to the fact that in the process of evaluation of the risk, the authorities may tend to overestimate political, sociological and economic situations, which may be less important from a scientific point of view, at the expense of human lives.
The last but not the least concerns the uncertainties of understanding and reactions of user communities as regards the decisions of the authorities communicated to them through official channels, but also through the mass media: newspapers, radio and television. The people will behave as a consequence to what they believe to have understood of their own disposition and economic status. A casual walk through our various communities will reveal a general apathy of the population to the public gathering protocols of wearing masks and social distancing, thus raising the pandemic to higher levels of risk.
In the final analysis, not only is vulnerability conceptualised as “a system’s capacity to absorb and recover from the occurrence of a hazardous event “but it is also thought of as the degree of control that is (or is not) exercised over the event itself. The COVID-19 pandemic can therefore develop into a disaster when the intensity of the spread exceeds our societal capacity to cope with the resultant impacts i.e. the national medical health infrastructure and services.
In view of the facts above which show that Ghana has still not arrived at statistically valid data to predict the necessary scenarios for decision making and in the light of low test index of only 6000 tests per one million of the population, as has been reiterated by public health scientists and Ghana Medical Association, caution must be the overriding guideline for any attempt to relax the restrictive protocols on public gathering. Ghana does not have the luxury of the advanced countries which have more efficient and robust medical health systems in place. Living with the corona virus goes beyond a mere relaxation of public gathering protocols to a more conscious and rigorous systemic structures for monitoring, treating and cure.
The President is therefore faced with an arduous task of reconciling the best and worst situation scenarios in order to arrive at optimum and effective management strategy for COVID-19 which is verifiable in a matter of one month. The non-verification of a decision based on the best scenario would lead to more loss of human lives whilst that based on worst scenario would lead to enhanced losses in socio-political and economic activities due to the pandemic.
Suffice it to remind our President of his own adage that “when people die, they cannot be brought back to life but when the economy collapses, it can be revived”. 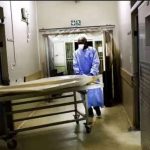 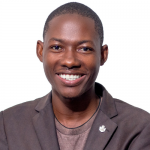