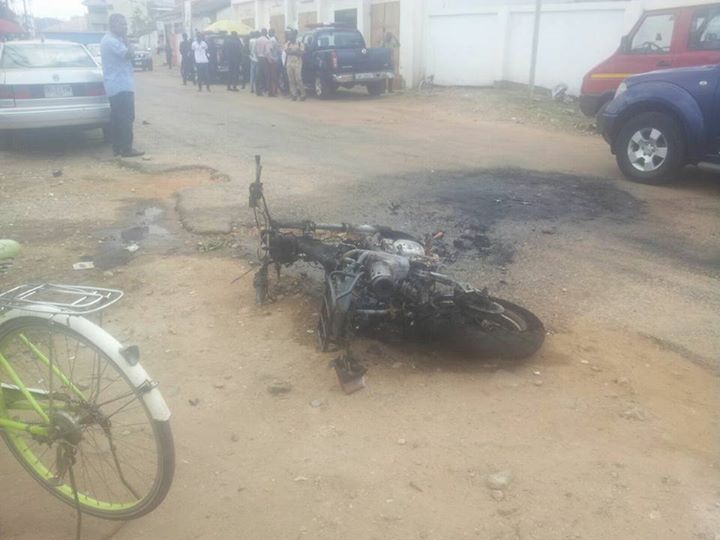 A Circuit Court in Accra has granted bail to eleven suspects alleged to have raided the New Patriotic Party headquarters, Monday, dawn.

The suspects which included one woman, were charged with unlawful entry, unlawful purpose on private premises and causing unlawful damage to the tune of 28,000 cedis.

They have all pleaded not guilty to the charges and have been granted bail by judge Abena Oppong Adjin Doku to the tune of ten thousand Ghana cedis with two sureties.

One of the ringleaders who organized the men to raid the NPP headquarters earlier revealed to Joy News’ Kwakye Afreh Nuamah they went at the NPP HQ to enquire about the leadership crisis in the party and not to vandalise any property.

Bismark Danso said they were well within their rights to go and demand an explanation from the party about the suspension of the party chairman Paul Afoko.

According to him, the suspended party chair like all others was elected in Tamale. He finds it rather worrying that a decision will be taken to suspend him.

As a former Assembly member for Odorkor Otitan and a member of the NPP he said he had every right to go to the party head quarters and demand answers.

He however decided to organise some few like-minded supporters to assist him to go to the HQ.

Danso stated that they went to the party headquarters early, around 3:30 am to wait for national officers but they realised the invincible forces were armed so they decided to disarm them.

News about their invasion went viral early Monday morning with suggestions that some men in military and police uniforms had gone there to ransack the place.

Party leaders suspected foul play and charged the party security to be on high alert. After some investigations, some eleven suspects were arrested and arraigned before court.

The court has granted them bail to reappear in court on December 8, 2011.