The Supreme Court has adjourned indefinitely the petition by the Ghana Bar Association (GBA) and two others challenging the appointment of two judges to the nation’s apex court.

The defendant, the state, has been given 14 days to file its response to the suit.

At Thursday’s sitting, the Supreme Court also ordered that two other cases in which Broadcast Journalist, Richard Dela Sky and private legal practitioner, Kweku Danso Acheampong are  separately seeking constitutional interpretation of the President’s power to make appointments to the Electoral Commission, be consolidated with  the GBA suit to – as the court previously put it– ensure “judicial economy”.The GBA instituted legal actions to bring an end to what they term as the persistent failure of presidents in the Fourth Republic to seek the advice of the Judicial Council when appointing judges to the Supreme Court in accordance with Article 144 of the 1992 Constitution.

The judges hearing the case were unhappy about the “lackadaisical attitude” of the state in the case.

They expressed worry over the delay of the state in responding to the suit, hence their 14-day ultimatum. 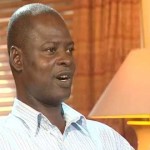