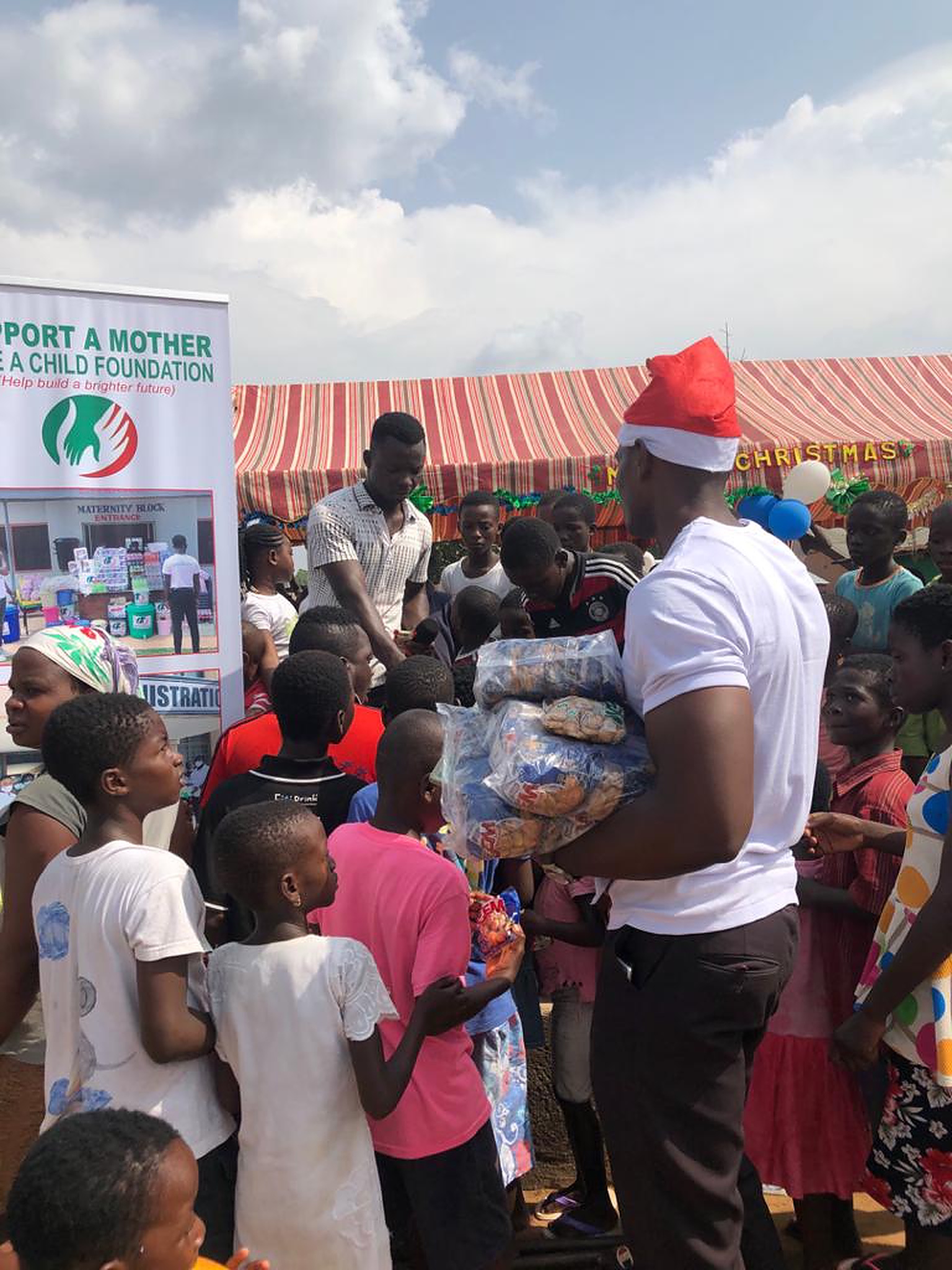 A non-governmental organization, ‘Support a Mother Save a Child Foundation’ donated assorted items and dined with single Mothers in Akwadum in the Eastern Region during the Christmas season.

The organization which has been in existence for some time has been regularly donating to children, single mothers, and women faced with health and physical challenges.

On record, the Support a Mother Save a Child Foundation has carried out several projects and programs aimed at assisting the needy, especially women and children across Ghana throughout the year.

The Project Manager of the foundation Rhoda Konadu and the Publicity Manager Eugene Glover said that they have not engaged in any donation in the festive season since the foundation was formed so they decided to do that this year to put smiles on the faces of some single mothers and children.

Apart from having the Christmas dinner with the single mothers and children they also gave them hampers worth more than Three-hundred Ghana cedis each.