A Deputy General Secretary of the New Patriotic Party (NPP), Nana Obiri-Boahen, has said the rejection of President Akufo-Addo’s Minister-nominee for the Brong Ahafo Region, Kweku Asomah-Cheremeh, by Sunyani Traditional Council will come to nothing.

He however said an attempt by people to promote a back and forth on the matter, could create unnecessary tension in the Sunyani Township, considering that its only one paramountcy out of the many that has raised the concerns.

The Sunyani Traditional Council at a news conference on Thursday, announced their rejection of the Minister-nominee for the Brong Ahafo Region, named by President Nana Akufo-Addo, because according to the council, Mr. Asomah-Cheremeh has over the years disrespected them through unwarranted attacks.

Mr. Obiri-Boahen acknowledged that the council had every right to complain about the nominee, but he suggested that they should have used more appropriate avenues to air their grievances.

In an interview on Eyewitness News, he said, “I believe that to be fair to all of us, the proper thing they ought to have to have done was that they should have put their allegations and their grievances on paper and then submit same to the vetting committee.”

Mr. Obiri-Boahen further downplayed the effect of the grievances of a single Traditional Council.

“We have about 30 paramount stools and traditional councils in this Region. So if one of the 30 decides to raise up a red flag, fair enough; but that is not sufficient justification for people to be reading a lot of meanings into the nomination of the Regional Chairman,” he stated.

Mr. Obiri-Boahen also indicated that, President Akufo-Addo and the chiefs had settled the differences during the campaign period in 2016.

“We went to the chief’s palace and the chief raised some issues in the presence of Nana Addo, other chiefs and linguists, and then we said let sleeping dogs lie. There isn’t the need for us to revisit what happened so we were able to bury our differences,” he recounted.

Meanwhile the nominee, once a Regional Chairman for the party, was on the same day Thursday, given a rousing welcome into the Sunyani Township by hundreds of NPP supporters.

During the 2016 election campaign, the Sunyani Chief, Nana Bosoma Asor Nkrawiri,, endorsed the candidate of President Mahama, pledging 80% votes for the NDC.

The NPP’s Regional Chairman then, now the Regional Minister-nominee, Kwaku Asomah-Cheremeh, who is also a lawyer reportedly scolded the chief and reminded him of the constitutional provisions regarding chiefs engaging in active partisan politics.

But the chiefs felt offended by the criticism and demanded an apology, but the Regional Chairman refused to apologize. National executives of the party and Nana Addo were compelled to do so on his behalf when the party visited the region to host it’s conference at the Sunyani Coronation Park. 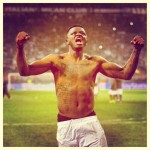