Lawyer representing petitioners seeking the removal of the Electoral Commission Chairperson, Charlotte Osei has withdrawn his application challenging the legitimacy of lawyer, Thaddeus Sory who represents both the EC and Mrs. Charlotte Osei.

In his submission for withdrawal, lawyer Kwame Acheampong Boateng said the withdrawal has become necessary because their client Maxwell Opoku Agyemang has caused another lawyer to enter appearance on his behalf in the same matter in a different court.

In his ruling, Justice Ackah-Boafo said he is mindful to grant the application because there was no rule that stops him from doing same.

The application was granted.

Meanwhile, Lawyer Thaddeus Sory’s application for a cost of 50,000 after the application was granted was rejected by the court and instead, the court awarded a cost of 4,000 in favour of lawyer for the EC Chairperson.

The Chairperson of the Electoral Commission proceeded to court with a suit against the lawyer for representing some alleged faceless petitioners.

Mrs. Charlotte Osei is seeking damages from the court against Maxwell Opoku Agyemang, who on behalf of some unnamed workers of the Electoral Commission petitioned the President to remove the Chairperson of the Commission over stated misconduct.

The EC Chairperson Charlotte Osei is facing impeachment proceedings following the submission of a 27 point petition laden with allegations of misconduct. 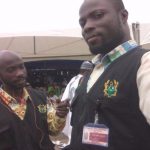