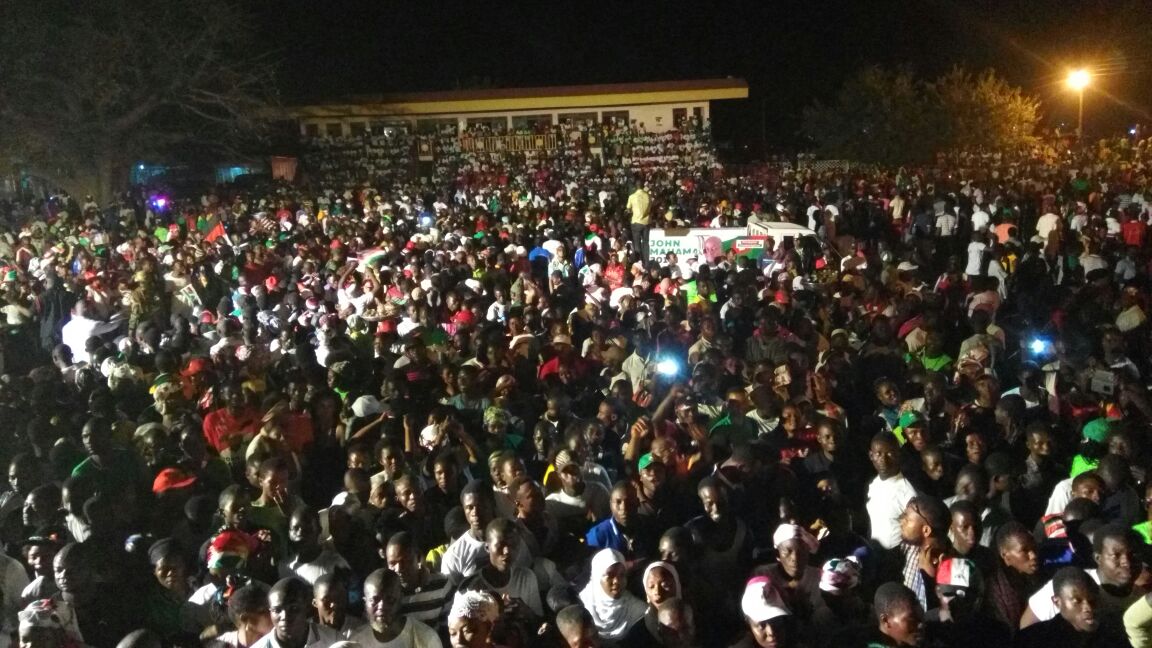 A pro National Democratic Congress group identified itself AS “Volunteers for Elorm” have, in a Press Statement copied to Ghanapoliticsonline.com warned their counterparts in the New Patriotic Party at the Fanteakwa South Constituency to put a Stop to their uncouth and unruly attitude of intimidating the Parliamentary candidate of the NDC through the exploitation of all sought of coward-induced tactics such as the pulling down of the NDC Candidates Bill Boards,etc.

We write with dissatisfaction to bring to the notice of the security agencies and the general public on current happenings in the Fanteakwa South Constituency. The National Democratic Congress(NDC) parliamentary candidate for the constituency, Abigail Elorm Akwambea Mensah is being intimidated day in day out.

The following are the acts of provocation being meted out to her campaign efforts:

There are continues pulling down of our bill boards. The police have continuously made arrests but in each case the current MP – ARAFAT intervenes and have them released. Recently another of our Bill boards sited at vantage points in Osino township have been pulled down and if no firm action is instituted by the police we couldn’t guarantee actions taken by our supporters.

Again, just this weekend, one of the candidate’s drivers by name Issah was nearly shot at Hermang by the NPP thugs, here again the MP have had the culprit released again.

We want to bring to the notice of the police and the other security agencies to look into this issue with a particular interest and make efforts to protect our candidate for She has been law abiding since the beginning of this intimidation by our opponents as she has been sober all these while. She would continue to ensure peace before,during and after the elections.

We further want to state that if measures are not put in place some of our members might try to retaliate which might not auger well for us as a nation even as we go to the polls.

It is our wish and prayer, that sanity and peace will prevail to help us all for a peaceful election in the Fanteakwa South Constituency and Ghana as a whole.