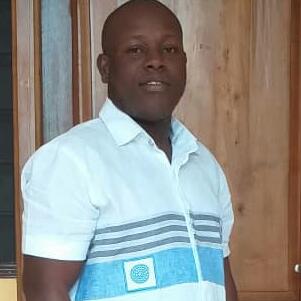 The local currency being the Ghana cedi in recent times according to bloomberg has quicken it pace of depreciation to a record of 18% as at end of December 2019. Similarly the International Monetary Fund(IMF) has also express worry in relation to the management of the local currency and has further warn the managers of the currency not to intervene rampantly as they have done in recent times which has led to the depletion of the reserve of 2.6billion dollars in March 2019 as a result of the eurobond proceeds to 1.5 billion dollars at the beginning of September 2019.

The measures below will be of much assistance to Dr Bawumia and his Invincible Forces to arrest and place the cedi at the custody of the National Security.

WEAKNESSES IN PRODUCTION
The continuous inability of the managers of the economy to ramp up efficient and effective production of goods and services for exports and import substitution will predominantly decline by pressure on the local currency. Production of goods precisely has show a steady decline from 7.9% in 2016 to 6.5% in 2019. Shoring up production requires that government should pay much attention to certain economic infrastructures that facilitate efficient production such as provision of relatively lower, competitive and reliable electricity,transportation facilities being railway, roads, efficient aviation facilities as well as sea ports; Similarly a modernize agriculture sector couple with improve standards to boost production for exports is also relevant; Technical and vocational skills is of much value in any production and industrial revolution as well as a competitive interest rate to promote production. This will even ensure a boost and a credible to entrench investor confidence, increase government revenue, reduce fiscal deficit, ensure debt sustainability and provide sustainable jobs.

FISCAL IMBALANCES
Increases in government expenditures which is largely consumption related has had rippling effects on the local currency. Over the last three years a whooping GHC 141 billion out of GHC 210 billion realised from taxes, loan, hydrocarbon and grants has been spent on consumption which are mostly imported goods and services; but only GHC16 billion that is 5.9% of GDP has been spent on facilities needed for efficient production.
This consumption related expenditure is mostly arising from the needless expansion of the public sector such as creation of 44 districts, 6 regions, 6 ministries and several department and agencies leading to expansion of the wage bill and other goods and services such as vehicles that are suppose to facilitate the operations of this bureaucracies.However managers of the ought to cut down expenditure to minimize demand for foreign currencies particularly the dollar to resolve the quick pace of depreciation

IMPACT OF FOREIGN ASSET ON THE LOCAL CURRENCY
Increase participation by foreigners in our local bond market continue to pose weakness for the local currency. In the last three years foreign asset has expanded from GHC 16 billion in 2016 to GHC 63 billion in 2019.
Additionally, 60% of our tax revenue is used to service foreign asset and interest in 2019. This phenomenon requires foreign currencies during repatriation.
Managers of the economy is therefore urge to put in efficient fiscal measures aim at revenue enhancement to cut down demand on foreign asset.

LACK OF TRANSPARENCY IN FOREX MARKET
The forex market has been challenged with inadequate regulation and supervision to enhance transparency in the sector.
“Black Market” is on ascendency and gradually gain control in the price determination of this currency. This situation motivate people to their foreign currencies to them for investment rather than taking them to the banks and other lincensed financial institution.