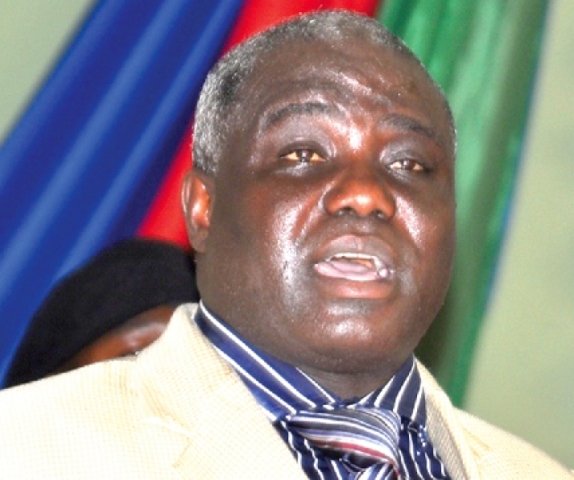 The Brong Ahafo Regional Minister, Mr Eric Opoku, has called on political parties not to politicise the difficulties facing people who deposited money at the various microfinance institutions and fun clubs in the region, since “nobody can gain political advantage out of it”.

“We must pursue the matter devoid of politics. This cannot win votes for any political party,” he stated.

Mr Opoku made the call when he addressed the final 2015 meeting of the Brong Ahafo Regional Coordinating Council (RCC) in Sunyani yesterday.

His advice was in apparent response to a press conference organised by some Minority members of Parliament from the region last Monday, during which they expressed concern over the issue, and called on the Bank of Ghana (BoG) and the government to expedite action on measures to retrieve the deposits of victims.

Dilating on the DKM Microfinance saga, Mr Opoku explained that the issue came to the attention of the Brong Ahafo Regional Security Council (REGSEC) in June this year and it had since been working around the clock to ensure that the victims were paid their deposits.

During investigations by the REGSEC, he said, it came out that even though DKM had collected about GH¢100 million from its customers, it had only GH¢11million in its account.

He said even though the BoG asked DKM to deposit GH¢50 million with it, the company was not able to deposit the amount before the expiry of the 90-day moratorium imposed on it by the BoG.

He said prior to the moratorium, the BoG had given several warnings to officials of the company to operate within the stipulated laws governing the operation of microfinance companies, especially, in connection with the percentage of interests on deposits, but they failed to comply.

Mr Opoku said although the BoG released the GH¢11 million belonging to DKM, it could not pay its customers, leading to the institution of a number of lawsuits against the company.

“We took the best decision in this matter, since we thought it was better for us to ensure that our people get back their deposits rather than arresting officials of the company initially,” he said.

On the collection of deposits from some customers by another company, God is Love, the regional minister explained that when the issue was taken to court, the BoG lost the case because of the fact that God is Love operated as a fun club.

According to him, there was no law that put the operations of fun clubs under the jurisdiction of the BoG, hence the court’s decision.

However, he said, because of the security implications of the issue, the REGSEC pursued the matter further, resulting in the arrest of the owner of the club by the BNI.

Mr Opoku added that though the amount seized by the BoG from the club had since been released, many of the victims had still not received their deposits because the money was far less than what the club collected from the depositors.