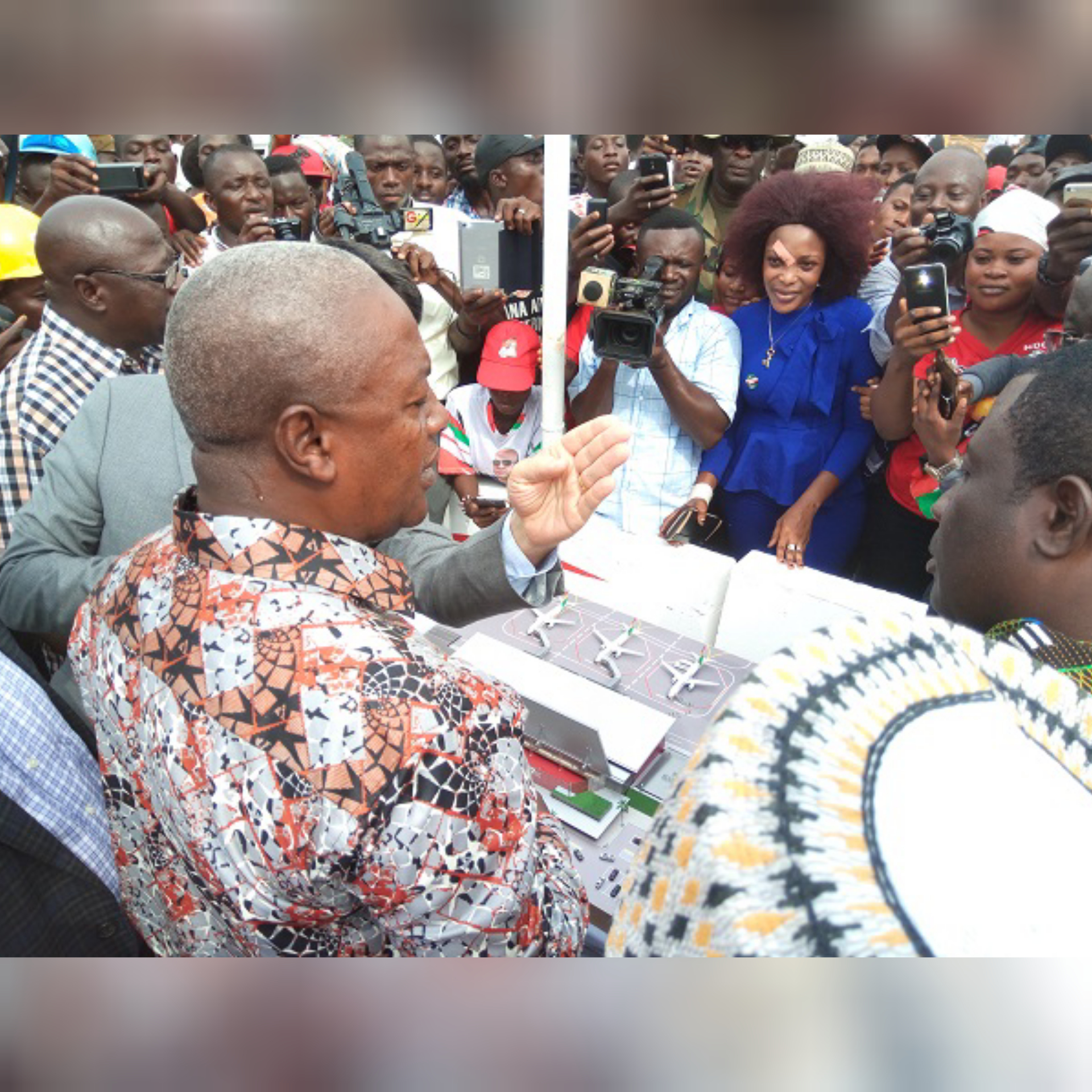 Former President John Dramani Mahama has urged the government of Nana Akufo-Addo to refrain from taking credit for projects constructed by his predecessors.

His comment follows the cutting of sod by President Akufo-Addo for work to begin on the Kumasi Airport phase 2.

“The project they described as photoshop; they are going to commission them today. But you know the most shocking, they are also cutting sod again for projects that we cut sods already. Kumasi Airport phase 2…we got the loan $65 million and we sent it to parliament, they approved it on December 6, 2016. I was asked to go cut the sod for the project. When I went to the site the contractor had started working, he had taken control of the site, he had fenced off the site, cleared and have started excavating when I went there and I broke the ground for the commencement of work.”

“On January 7, 2017, they (NPP) asked the contractor to hold on and kept him waiting for 18 months and they come back and cut the same sod, same contractor, same money, same site, and asked the contractor to build and finish within 2 years .That project will have been completed by next year. What a waste of national resources,” he said at the NDC Unity Walk in Ketu South in the Volta Region.

Former President Mahama therefore advised President Akufo-Addo to learn from his predecessors and give credit where is due.

“When President Mills was commissioning the N1 project, he invited President Kufuor and gave credit to him by telling the country the millennium challenge compact, was started by the his administration,” he stated.