Eastern Regional Police commander, DCOP Angwubutoge Awuni, has cautioned chiefs and other opinion leaders on the Kwahu Ridge, not to take the law into their hands and attack Fulani herdsmen.

He urged the chiefs to form neighborhood watch committees and promptly alert the police on any Fulani invasion for swift action to be taken other than any action, which could complicates the situation.

This caution follows a report that Fulani herdsmen had invaded Dwerebease and Abotreansa in the Kwahu area, polluting the source of drinking water with their cattle and when the inhabitants protested, the normads blocked the road from Abetifi to the town and robbed them.

According to DCOP Awuni, who briefed the GNA after a visit to the towns, people at Abotreansa had erected a barrier on the outskirts of the town to prevent any Fulani from entering the town with cattle, claiming that the normads had devastated their farms by setting fire to their cocoa farms and to allow the grass to sprout so that they can get fodder to feed their animals.

The Eastern Regional Police Commander assured the people that, the police was ready to deal with any group of persons who would threaten the peace and therefore called for information that would help the police to act swiftly and decisively in the event of any attack.

In recent times, residents of some communities in the area had clashed with Fulani herdsmen who have been inflicting atrocities on indigenes and also allegedly polluting water bodies, raping, murdering and destroying farm produce. 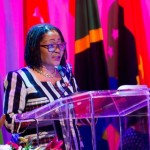 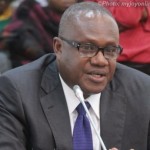