The National Democratic Congress (NDC) has noted the response of the Electoral Commission to the claims and demands made by the New Patriotic Party, regarding the voters’ register.
Pending the receipt of a copy of the report of the eminent panel that looked into the matter, we wish make the following preliminary comments.

1. The NDC welcomes the decision of the Electoral Commission not to undertake the needless exercise of compiling a new register for the purposes of conducting the 2016 elections. We note that as per the EC’s response to the NPP, all the grounds on which the party stood to make that demand were false. This vindicates the position held by the NDC in the discussions that ensued over the matter. As we previously indicated, the demand for a new register was premised on falsehood and an inordinate desire to disenfranchise large sections of our population for electoral advantage. Of particular interest is the fabricated Togolese register which the NPP used in its deliberate attempt to deceive the Ghanaian public.

It was and remains our contention that despite the boastful claims by the NPP that they possessed evidence of an over-bloated register brimming with foreigners, no such evidence was in their possession. What they presented was a fraudulent manipulation of the content of the Ghanaian voters’ register given to all political parties in the run up to the 2012 elections. Clearly there were tribal undertones in the approach adopted by the NPP.

Whereas the NPP claimed to possess evidence of the existence of foreigners from all neighbouring countries on our register, they only concocted evidence that sought to impugn the integrity of persons from the Volta Region and create the impression that people from that Region are “foreigners” who shore up the votes of the NDC in Ghanaian elections. Despite the promise by the NPP to make available in a matter of weeks, evidence from other neighbouring countries to support their claims, they have failed to do so several months after the deadline. We recall that the NPP claimed to have presented only 10% of the evidence from the Togolese Register. As things stand now, it is quite clear that the so-called 10% evidence is itself a fabrication calculated to deceive Ghanaians.

Our position on the other claims by the NPP centering on under-aged voters, the use of NHIS cards for registration and, scanned pictures on the register has also been vindicated by the outcome of the eminent panel’s inquiry.

2. The hollowness of the NPP’s claims was manifested in their disastrous performance at the public forum held by the Electoral Commission to allow for stakeholder discussion and presentation of positions on the matter. When it mattered most, the NPP huffed and puffed and failed to put across cogent arguments in support of their demand. Rather, they made rumbling, incoherent presentations that failed to convince even the most rabid NPP optimist. Also missing at the forum was the much-vaunted watertight evidence that the NPP claimed it had prior to the holding of the forum. That disastrous outing at the forum all but convinced fair-minded Ghanaians and the International Community that the NPP was only up to their usual mischief but had absolutely no basis to make the demand for a new register.

3.In view of the above, we are not surprised, and we believe same to be true for all fair-minded Ghanaians, that the eminent panel tasked to look into the matter found no tenable basis upon which to recommend the compilation of a new register. The NDC wishes to reiterate our position that sufficient avenues already exist to the improvement of the register to make it even more robust in order to guarantee credible, free and transparent elections. In that regard we stand prepared to contribute our quota towards ensuring greater integrity in our electoral processes.

6. We note that since the Electoral Commission communicated its verdict on the matter to the public last Friday, leading figures within the NPP, their propagandists and surrogates have already begun to preach violence and are threatening fire and brimstone come the elections. Their rabble-rousing appendage, Let My Vote Count Alliance has already begun to spit fire amidst threats of street protests. Some of their activists on social media have in fact threatened to lynch persons they unilaterally declare as “aliens” should they turn out to vote.

7. While this posturing is extremely undesirable, it is not surprising to Ghanaians. It is but a reflection of what the New Patriotic Party has become since it was taken over by their current flagbearer and his hawks. His political ethos which revolves around violence and intimidation, couched in his infamous “all die be die” declaration, has been on full display for well over a year within his own party. In that period, the NPP has descended into chaos, violence, brutal killings, lawlessness and intolerance of dissent. Many have been maimed in the process and two souls lost in the melee. Established party members with impeccable credentials have been suspended or threatened with expulsion when they have spoken out against wrong doing within the party.

8. The NPP activists preaching violence in the upcoming elections are only taking a cue from their leader. In his pronouncements both on national and international platforms, he has not missed an opportunity to use incendiary rhetoric amidst lies and fabrications about our electoral process. A clear case in point is the gratuitous attack he launched on the Electoral Commission and Government when claiming at an International event last year that the 2016 elections will be rigged hence the need for foreign intervention.

9. This behaviour is also in keeping with their perennial scaremongering tactic which involves the raising of the political temperature unnecessarily with a view to “compelling” Ghanaians to vote for them in exchange for peace. This political blackmailing also involves the running down of state institutions in a bid to intimidate them into toeing the NPP’s line in the discharge of their duties through malicious falsehoods and needless attacks.

10. The NDC wishes to highly commend Ghanaians for their steadfastness and commitment to constitutional democracy. We are gratified that calls for violence and unrest from the hawks within the NPP have been largely ignored by peace-loving Ghanaians. Ghanaians have also sent a clear signal to the NPP on many occasions by rejecting their brand of opportunistic and unprincipled politics. Ghanaians have rejected their many lies about the electoral system and we know Ghanaians stand poised to reject them once again in 2016.

11. We call on the New Patriotic Party to put an end to the politics of violence which is fast becoming their defining attribute. We urge them to respect the rights of all eligible Ghanaians to freely choose their leaders. Rather than approach elections with a sense of entitlement, they ought to convince the Ghanaian electorate of their readiness to govern by first putting their tattered party in shape and propagating credible policy alternatives. The current state of flux they find themselves in coupled with their avowed objective of using lies and violent rhetoric to impose their will on Ghanaians will simply not wash..

12. As the best organized political party in the country with solid structures and effective leadership from President Mahama, the NDC stands poised to engage the people of Ghana in a campaign of ideas. The NDC will show evidence of a superior track-record of performance which is reflecting in the improvement all sectors of our national life such as education, health, water provision, housing, roads, transport, security to name but a few. It is this performance and the bold steps we have taken to resolve long-standing systemic problems that will convince the sovereign people of Ghana to entrust the destiny of the country into the safe hands of President Mahama for another four years.
In making their frivolous claims, the NPP engaged in deliberate fabrication, distortion of public records, and deceit of public officials in a desperate attempt to create a make-believe stories to undermine our constitutional democracy. It will be recalled that in the election petition case thrown out by the Supreme Court, the NPP also depended on fabrication, distortion of public records, tended in falsified evidence, and engaged in wilful deception to force their parochial will on Ghanaians. The NDC condemns in no uncertain terms, this fraudulent conduct and call on the police to immediately investigate the matter. In particular, we urge the security agencies to invite Dr. Mahamadu Bawumia for questioning on the basis that he engaged in falsification and fabrication of public records to deceive public officials. The NDC is outraged that the NPP so cavalierly believes it can hold the entire country to ransom through lies, lawlessness, fear-mongering, and fabrications.

We of the NDC will uphold the truth at all times. The NDC will not sacrifice the truth on the altar of political expediency. We urge all Ghanaians and other political actors including civil society organizations, the clergy, and professional bodies to rally around our national values, speak out in favour of peace and national stability without which Ghana cannot develop. In addition, we urge all especially the media to join in efforts to build strong state institutions to serve as buffers in our quest to create credible career enhancing opportunities for all Ghanaians. 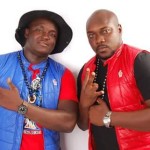