We are aware of news reports incorrectly quoting the British High Commissioner, Mr Jon Benjamin, following his radio interview with Live FM on 21 January. Those news reports, which originated on ‘ghanapoliticsonline.com’ and have been re-circulated by other media agencies (including ghanaweb.com and Ghana’s The New Statesman) misquoted Mr Benjamin as saying “Ghana must not sleep on security”. Mr Benjamin said no such thing. That quotation is a complete fabrication.

When asked about terrorism Mr Benjamin said “…no one should be complacent. We should be very vigilant because it’s a real threat to us all”.

When further asked about two former Guantanamo Bay detainees who recently arrived in Ghana, Mr Benjamin stated: “This is essentially a bilateral issue between the US and Ghana”.

We encourage all media houses who wish to publish news stories regarding the British High Commission to contact us in the first instance to check the facts, including the accuracy of quotations attributed to us. 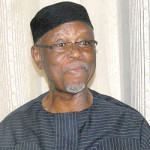