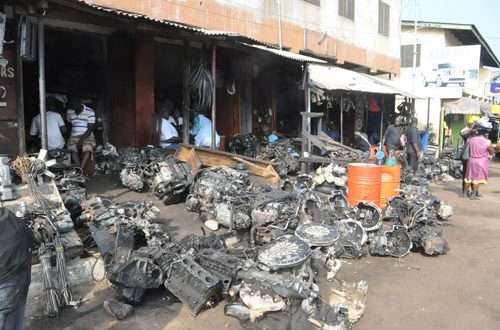 Spare parts dealers in Accra are set to stage a demonstration against the government over rising tax on the importation of spare parts into the country.

According to a leading member for the Abossey Okai Spare Parts Importers Association, Kwabena Agyei, could not understand why ‘Adwuma’ Budget, announcement by the Finance Minister, Ken Ofori-Atta that import duties on spare parts have been abolished but still import duties have soared significantly.

“During the 2017 budget, we were made to understand that taxes on importation of spare parts into the have been waved off, but was not so. Instead, the taxes have gone high, we do not understand. What does the government take us for? We are going to demonstrate against the government, closed all our shops, and people will realize our importance in the country,” he said.

Kwabena Agyei said the demonstration would involve second hand parts dealers from Abossey Okai and Kokompe in Accra, which are the hubs of the spare parts business in the capital.

Though he did not give date for the demonstration, he said they will put on red bands to meet president Nana Akuffo Addo at the Flagstaff House very soon to present their grievances.

“We would put on red bands and demonstrated against him (Nana Addo) if he fails to address our concerns, then we will know that the president has deceived us. Let him not forget that we (spare parts dealers) contributed to his success,” he warned. 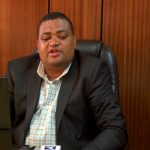 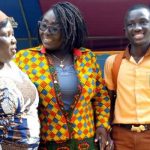