trader from whom Captain Maxwell Mahama bought snails, was the one who informed the assemblyman of Denkyira Obuasi that the young military officer was an armed robber, after she had seen the sidearm of the now deceased officer as he took money from his pocket to pay for the snails, police have told journalists at a joint press conference with the Ghana Armed Forces at the Police Headquarters in Accra on Friday, 2 June.

According to the police, without verifying the identity of Captain Mahama, the assemblyman and armed townsfolk accosted the military officers, gave him chase, shot at him, and eventually pounced on him using crude weapons such as cement blocks, clubs, among others, until he died around 10am on Monday, two hours after he started a 20km jog.

Meanwhile, the IGP has said the police service has started putting in place measures to “eradicate” mob action following the lynching of Captain Mahama.

Mr David Asante-Apeatu said: “The police service which I head, has already started putting measures in place to eradicate these acts of impunity.

“These measures include stern enforcement of the law, liaising with other relevant institutions to embark on massive public education, strengthening criminal investigations, and taking community policing to a higher level.”

According to him, all these are included in the major transformation agenda being pursued by the police to professionalise the service.

He said: “Persons who violate the laws of the land in a manner akin to what has happened in the late Captain’s case would be dealt with accordingly,” adding: “The police is prepared to collaborate with stakeholders to cure this canker of instant justice” and ensure that it is “permanently stamped out of the society. We shall, therefore stop at nothing to deal with the perpetrators of this phenomenon.”

The IGP also described the lynching as “heinous, abhorrent and barbaric as it is reprehensible”.

“To say the least, the police administration takes a very serious view to this. Furthermore, the condemnation of every Tom, Dick and Harry of the act is ample attestation of the fact that the perpetrators have offended the collective conscience of the Ghanaian people,” he said.

The IGP also urged Ghanaians to stop the blame game and rather join the police in fighting instant justice.

“Many have attributed the recurrence of mob action in the nation to a weak criminal justice system, under-resourced police service, growing crime rate, poor police-civilian relations as well as impatience on the part of people to wait for the law to take its course. It is regrettable that over the years, innocent victims have lost their lives as a result of mob action and instant justice. All of us are potential victims to this unfortunate growing menace and I will advise against the blame game. Let’s face it, this trend cannot and must not be allowed to persist in our current democratic dispensation. I will plead with the media in the education of the general public to put a stop to the practice while the police does its bit to stem the tide,” he urged. 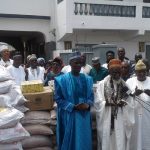