The scenario at the Gender Office of the Lagos State Police Command, Ikeja, Wednesday, where a teenager who alleged that she was gang raped was brought face-to-face with the suspects, left everyone, except the policemen, in the dark over the true position of things. While the teenager, a primary five pupil alleged that the suspects, Femi Olatunji, John Alade, Oyekanmi Rasheed and Habeeb Oladele, took turns to rape her, following her refusal to go out with the prime suspect, Femi, the suspects on thier parts, vehemently denied the allegation, describing it as mere blackmail.

When given opportunity to explain what transpired penultimate night in an apartment at No. 6 Ige Avenue, Bariga, the teenager said: “I have known one of them, Femi, for about two years now. On that day, Femi told me that Uncle Abidoye, whom I usually run errands for, wanted to see me. I never suspected he had a sinister motive up his sleeve. When I got there, I did not see Uncle Abidoye in his apartment, but only met Femi. When I asked after Abidoye, Femi said he had gone to take his bath. As I turned to go outside to wait for him, Femi put off the light, used a clothe to cover my mouth to prevent me from shouting. While I was still struggling with him, four boys came inside, held my hands and legs, removed my skirt and underwear. I was helpless, tired and resigned myself to fate, as I watch four of them, including Femi, taking turns to rape me.

After the incident, I removed the cloth they used to gag me and started wailing, until my father came.”She was reportedly taken to the hospital where it was confirmed that she was raped with glaring bruises from forceful penetration. The case, as gathered, was reported at the Lagos State Office of the Public Defender (OPD) from where it was referred to Bariga Police Division, consequent upon which the suspects were arrested and transfered to the state command.

“She is my lover”

However, the prime suspect, Femi, claimed that the victim was his lover. According to 18-year-old Femi Olatunji, a tailor, “She is my girlfriend. We have known each other since last year, January to be precise. At about 8pm that day, she came to see me in a friend’s house (pointing to Habeeb). She brought one of her clothes for me to help her amend. We have been dating and I have been giving her money but I had not had sex with her. So that fateful day, I told her to consumate the affair by making love. She said I should promise her that I would give her money and I gave her N1000. Thereafter, we went to my brother’s place, where we had sex.

“While we were at it, my friends came in and said they would also want to take their turns but I told them that was not right, since she is my girl. That got them infuriated as they maintained that being my girlfriend won’t stop them from sleeping with her. When they wanted to attack me, I gave in to thier demand on the ground that only if she allowed them. They went inside, and I came out. I didn’t know what happened thereafter.”

At this junture, Habeed (8) interjected, denying raping the victim. The aluminium fabricator had this to say: “Femi is my childhood friend. I didn’t take advantage of his girlfriend. I swear, I didn’t do anything with her.”

Continuing from where Femi stopped, Habeeb said:”When we went into the room where he was having sex with her, we only threatened to have sex with his visitor. We even met her crying inside the room. I didn’t know anything that happened thereafter because I went out of the room. I don’t understand why she is saying I was among those who raped her. I have never raped anyone before. I have never experienced sex before, as I don’t have a girlfriend. I don’t know why she is accusing me. I guess it is because we have never been on talking terms since she started coming to see Femi.”

On his part, 17-year-old Alade John, a furniture apprentice, corroborated Habeeb’s claim. He explained that “When she came to see Femi, they walked away from where we were. Later, Femi called to say he was in Abidoye’s house and we went to meet him there. But immediately she set her eyes on us, she became frightened and ran out with Femi. When we came out, the landlord of the building, a herbalist, asked her what happened when he saw her crying. To our shock, she said we gang raped her.

“When apprehension set in, Femi went to see her parents and pledged to take responsibility, should she get pregnant, and the family agreed, only for them to bring policemen two days later to arrest us.”

But when it got to the turn of 18-year-old Oyekanmi Rasheed, he admitted to have slept with the victim. His words: “I was there the night Femi guest visited. While they were inside, I told Habeeb that I wanted to go inside to charge my phone. When I got inside, Femi was not there. I only saw the firl and I had sex with her. I don’t know about others because they were not there when I sneaked in to have my turn”, he said. 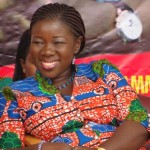