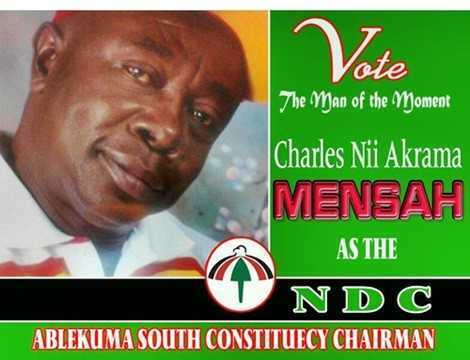 As the dust settles on the unwarranted insults directed on Ghanaian journalists by Shatta Wale, known in private life as Charles Mensah Jnr, the self acclaimed dance hall king; his father Mr Charles Mensah, has also picked forms to contest for the Chairmanship slot of the Ablekuma South Constituency in the Greater Accra Region.

As of close of nominations last Wednesday, August 13, 2014, The Herald learnt that Mr Charles Mensah and Mr Phillip Lamptey, the incumbent Chairman, have both picked forms to contest for the National Democratic Congress (NDC) Constituency elections.

But an in depth investigations by The Herald and corroborated by some members of the Constituency suggest that aside the intemperate nature of Mr Mensah, he was once jailed by the 31 December Women�s Movement (DWM), a Non Governmental Organization (NGO), owned by Nana Konadu
Agyemeng Rawlings, the wife of the ex-President Jerry John Rawlings, who is the founder of the NDC, when he was working with the NGO.

According to the information, Mr Mensah, circulated a letter bearing the falsified signature of the former First Lady.

A court document in the possession of The Herald, dated December 9, 1986, before the National Public Tribunal presided over by Mr Geoge Agyekum with Madam Comfort Afua Do, Sergeant Moses Tonka and Andrews Dartey as members, reveal that Mr Mensah, was sentenced to two years imprisonment and pay a fine of fifty thousand or in default serve five years imprisonment.

The case no. 20/86 titled, The Republic versus Charles Mensah, the first accused and Patrick Addo, Ashong, the second accused.
The tribunal in delivering its sentence, said that it takes a very serious view of the offence.

According to the tribunal, if the offence had not been uncovered, the usual stories could be going round about the Government official using their positions to encourage cheat and other malpractices.

The tribunal said, this acts which should not be encouraged.

Defending his clients, the counsel for the first accused, Mr Boakye Dartey said, the gentleman is a first time offender and we are pleading with you to take all the circumstances surrounding the case into consideration and deal with him leniently.

The counsel for the second accused, Mr Arthur Mensah said, his client was a first time offender and his wife is pregnant and she needs the husband.

He prayed the tribunal to evade custodial sentence to a word of caution, but was sentenced to twelve months imprisonment with hard labour and also pay a fine of twenty thousand Cedis or in default serve three years imprisonment.

When the Vetting Committee of the party questioned Mr Mensah about his imprisonment, he said it was the likes of the former First Lady that connived with the tribunal to jail him, The Herald learnt. 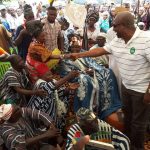