The Women’s Wing of the governing National Democratic Congress (NDC) has said people seeking to scuttle Dr Zanetor Agyeman-Rawling’s parliamentary ambition “by engaging in peripherals should bow down their heads in disappointment and shame”.

Dr Rawlings won the party’s November 21, 2015 primaries to represent the NDC in the parliamentary polls in November. Since her victory, she has been confronted with several court cases – challenging her voter eligibility – from party members including incumbent Nii Armah Ashitey, whom she defeated.

A statement signed by Women’s Organiser Hajia Zaynab Joyce Mahama, however, said the Women’s Wing is displeased with the “calculated efforts by some individuals within the NDC to create disunity in the Klottey Korle constituency. Dr Zanetor Agyeman-Rawlings legitimately won the just-ended NDC parliamentary primaries in November 2015 to represent the party at the Klottey Korle constituency.”

The Women’s Wing said although it recognises the efforts and contributions of Mr Ashitey towards the NDC and Ghana as a whole, it is nevertheless of the view that the former Greater Accra regional Minister “should accept the results in good faith, since the right procedures through which he was elected to represent the party were the same channels through which Dr [Rawlings] has been duly elected”.

“The good people of Klottey Korle have spoken and the voice of the people is the voice of God and should be respected. One should not destroy the party he helped build.

Dr Rawlings is the “legitimately elected parliamentary candidate of the NDC for the Klottey Korle constituency. We also call on all pro-women empowerment NGOs and civil societies not to stay neutral in these times of trial on a fellow female who wants to take the mantle of leadership and deliver a selfless and committed service to her people,” the NDC’s Women’s Wing added.

Mr Ashitey recently filed a suit praying the High Court to prevent Dr Rawlings from holding herself out as parliamentary candidate-elect for the constituency on the ticket of the NDC.

Mr Ashitey joined the NDC and the Electoral Commission (EC) to the suit as first and third respondents, with Dr Rawlings being the second.

The MP is being represented by Mr Gary Nimako.
A copy of the suit said: “This honourable court will be moved by Gary Nimako Marfo ESQ., counsel for and on behalf of plaintiff/applicants herein praying for an order of interlocutory injunction to restrain defendants/respondents, whether by themselves, agents, servants, workmen, hirelings, privies or any person claiming under or through them or howsoever described, from holding out the second defendant/ respondent, [as] the parliamentary candidate-elect for Klottey Korle constituency.”

Three plaintiffs: Joseph Narku Botchway, Jacob Amin, and Reverend Michael Kwabena Nii Adjei Sowah, who are all from the constituency, had filed a suit and prayed the court to declare Dr Rawlings’ election as parliamentary candidate null and void on grounds that she was not an eligible voter.

But the court said the plaintiffs did not demonstrate, with their arguments, how Dr Rawlings’ election violated their rights.

The three, in their suit prayed the court for answers to the following:

1. Whether or not Dr Zanetor Agyeman-Rawlings is a registered voter.

2. If so, when was the name entered on the National Biometric Voters’ Register.

3. The name of the Registration Officer.

4. The date of registration.

5. The time on which the name was entered on the roll as shown on the print out.

8. The constituency within which the registration took place.

11. The type of identification document used in the registration process.

12. Copies of Form 1C that captured the data.

13. Copies of Voter Register Form 1A

14. Whether Dr. Zanetor Agyeman-Rawlings’ name has been publicly exhibited on any provisional Voters’ Register.

16. Please furnish the Court with the said Voters’ Register.

18. Copies of the registration team details Form 2A.

Similar concerns about Dr Rawlings’ eligibility had been expressed in the past by law firm Safo & Marfo @ Law, which wrote to the Electoral Commission seeking to ascertain whether Dr Rawlings was a registered eligible voter in Ghana.

Despite winning the primary, Dr Rawlings was unable to vote in last year’s polls because her name could not be traced on the register of voters.

That development raised issues about her eligibility as a voter, since the party’s Greater Accra regional chairman, Ade Coker, said the non-existence of one’s name on the register meant that person was not a registered voter since, according to him, the source of the NDC’s register of voters was the national register of the Electoral Commission.

Safo & Marfo @ Law, therefore, wanted the EC to ascertain her electoral eligibility. The private law firm made the following demands:

“1. Whether or not Dr. Ezanator (Zanetor) Rawlings is a registered voter within the meaning of Article 94 (1)(a) of the 1992 Constitution of the Republic of Ghana.”

“2. If so when was her name entered into the electoral register?”

The law firm also wanted a certified true copy of the voter’s register.

The search process initiated by Safo & Marfo came barely 24 hours after news broke of a suit against Dr Rawlings by ex-partner Herbert Mensah for custody over their two daughters. 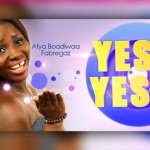