The Communications Minister Ursula Owusu-Ekuful has alleged that sexual harassment is prevalent in media houses in the country.
This is the first time a government appointee is making such an allegation.
Speaking to Accra-based Starr FM, she said even though the media knows about this, they do not talk about it.

“Sexual harassment is rife in most media houses but many do not talk about it.”
In recent times there has been no report of sexual violence in any media house in Ghana.
However, rumours have always made the rounds about sexual harassment in media houses with no evidence or formal report to the police for further investigation.

Owusu-Ekuful whose ministry is on a crusade to shut down radio stations who have failed to renew their operating license says the move is not to target the media.

“The law ought to be no respecter of persons. No one should think they are above the law. When the NCA wanted to embark on this action, they spoke to me about it and I thought it was a good idea. Closing down the media houses that have not renewed their licences is as a result of applying our laws.”

“Why would you want to operate illegally for all these years if you don’t have money to pay for your license? It takes the political will to implement tough decisions,” she added.
She said the media houses in such situation must blame themselves and called on other media houses fight against the media houses who are not doing the right thing.
“I will urge them to speak with their owners to do the needful so they don’t lose their jobs. The media plays a vital role in helping all of us change our orientations and mindsets 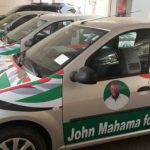 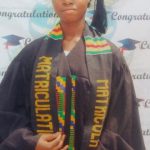