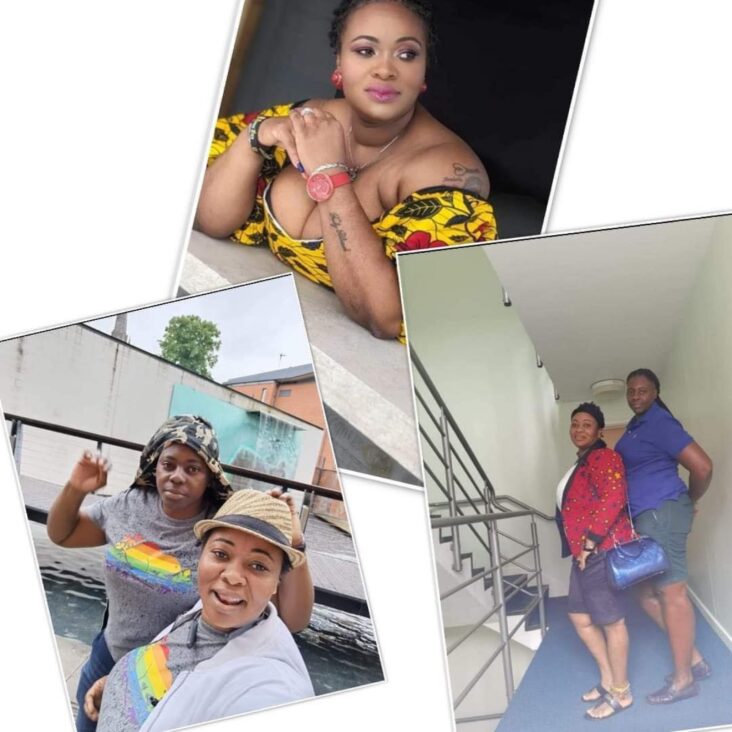 Evelyn Serwaa Broni, the Canada-based Ghanaian lady, who has confessed to dating the President, Nana Akufo-Addo since May 2014, might not come to this part of the world in the foreseeable future, following threats on her life, including one staged by operatives of Ghana’s National Security Secretariat and a raid on a private law firm working for her.

The attack on the law firm in Accra by some unknown persons, in a desperate effort to retrieve some damning materials on the President, led to an estimated damage of US$10,000.

According to the lady, whose parents are based in Kumasi in the Ashanti Region, she has been told of a regret in the corridors of power that the National Security operatives, who staged the armed robbery on her, should have killed her if they knew the New Patriotic Party (NPP) activist, Hopeson Adorye was going to “fuck up”, and she was going to later come out and embarrass the President over their love affair.

The attack by the National Security operative, which according to her happened in front of the Central University College Campus at Miotso off the Tema-Aflao was to retrieve materials, including nude pictures and videos of the President Akufo-Addo, which were believed to be in her custody.
RelatedPosts
No Content Available

In an exclusive interview with Kevin Taylor, on Sunday, April 17, 2022, on the Loud Silence TV on the “With All Due Respect”, an internet-based show, she talked about how she became a mistress of the President when they first met at an eatery in Eastern Legon called Coffee Lounge way ahead of Mr Akufo-Addo becoming president.

She revealed that, while the attack on her was on going at Miotso sometime in 2019, Hopeson Adorye, was at the Golden Tulip Hotel in Accra, collecting keys to enter her hotel room to access her laptop, also in a desperate effort to locate the supposed materials on President Akufo-Addo.

Mr Adorye, who was captured on the hotel’s CCTV cameras entering Serwaa Broni’s room, could not break into the computer because of the password.

Both the staged robbery, as well as the illegal entry into the hotel room, according to Serwaa Broni, were reported to then the head of the Criminal Investigations Department (CID), Commissioner of Police, Tiwaa Addo Danquah, who gave her assurances that a docket has been built on the matter, but three years after, nothing has been heard.

The Herald’s independent information is that the Canadian Embassy in Ghana, specifically called the CID boss to help get to the bottom of the matter as Serwaa Broni is a citizen of that country, and the attack on her and her friend happened just around the time that some three Canadian girls were kidnapped in Kumasi.

Mr Kevin Taylor, played a secret recording on an encounter between Serwaa Broni and Hopeson Adorye haggling over why he, in her absence, went into the hotel room and touched her computer? Voices on the audio sounded like those of Tiwa, Hopeson Adorye and Serwaa Broni, but there were others at the meeting which took place at the CID Headquarters.

She mentioned the Asantehene, Otumfuo Osei Tutu II, whose Guest House in Kumasi, she and the President slept in together with one of his daughters Dokua, his brother; Edward Akufo-Addo alias “Bumpty” among others when they attended a funeral in Kumasi travelling on the Presidential Jet, with Chief of Staff, Akosua Frema Osei-Opare onboard.

Also aware of the romantic relationship are a personal physician of the President, one Dr Gordon Offei-Larbi and the former Director of Operation at National Security, Col Michael Opoku now Brigadier General Opoku.

They both tried to intervene when things got frosty, following a government-sanctioned armed robbery on her staged by operatives of the National Security Secretariat in 2019.

She disclosed taking pictures of herself and the President in a room inside the Asantehene’s guest house in Kumasi, where Mr Akufo-Addo lodges with his wife, Rebecca Akufo-Addo, anytime they travelled to Kumasi.

She also mentioned the General Secretary of the ruling New Patriotic Party (NPP), John Buadu and the Assin Central Member of Parliament, Kennedy Agyapong among others, whom she said all tried to intervene for the President from the party level, but to no avail, because the President and his team of family members failed to fully honour their side of a compensation package agreed on after the staged armed robbery on her and a friend on the Tema-Aflao Highway.

According to her, the President’s cousins; all the Ofori-Attas are aware of their relationship, the attack on her, as well as the agreed compensation package she was to receive from him, following a post traumatic condition she suffered making her unable to work as a practicing nurse in Canada.

She mentioned one Lawyer Wagus, as a relative of the President, as well as the ex-Director General of the Police Criminal Investigations Department (CID), Maame Tiwaa Addo Danquah, as also aware of this matter and played various roles, some towards an amicable settlement.

Serwaa Broni, claims to have the signed documents on the compensation prepared by the said Lawyer Wagus on the matter.

She described Lawyer Wagus, as holding a diplomatic status in Ghana for and on behalf of some Caribbean countries, including Jamaica.

On John Boadu and Kennedy Agyapong, she revealed how they had been in touch with her over the matter since 2019, trying to talk her out and negotiate the compensation to prevent the issue from escalating.

John Buadu, she revealed, has been teasing the President over their amorous affairs, but failed to mention the amount he and the other intermediary took the part-payment of the compensation, and what eventually got to her.

She revealed that she has several nude pictures and videos of the President, text messages as well as documents on the compensation which she has made available to the Canadian authorities, her lawyers in Canada and others including NGOs that provide service to traumatized peoples.

By way of evidence, she showed text messages detailing several conversations she has had with the President towards assuaging her pain.

In one of the text messages dated Saturday, November 7, 2020, a month to 2020 General Elections, President Akufo-Addo in reference to the NPP General Secretary, John Buadu wrote to Serwaa Broni saying “Hello Evelyn, you are still my babe, please keep cool you and your girlfriend will be fully sorted out after the elections. John informed me you had agreed to wait so I didn’t understand the mails of request. I would love to call you, but I have noticed my calls frustrates you. Its busy times. Be patient a little more. Thank you”.

In one of the messages from Serwaa to President she wrote in reference to staged armed robbery on her and the involvement of the Hopeson Adorye and the President, saying “and suggested a compensation; to cool me plus have the other person stay quiet as she now knew you and hopeson were behind it. Days after, you called your way to that upper East or upper West tour and I asked you never to call me again, if anything I will message you….. You’ve given my contact to so many people and I don’t appreciate that. Now you forward my messages to JB (John Buadu) or discuss with him that am asking for the balance, why not!! So why don’t you do the needful as promised and leave me alone and vice versa. Please don’t call me.

Another message from her to President Akufo-Addo, reads “messaging u was not cool. I will not message u again nor contact you again anyway, I am an ordinary person and must keep friendships with ordinary people so I avoid unnecessary surprises”.

To the above, the President replied “Evelyn yes my security team advised I distant myself from you they were also interested in your devices, however, I didn’t order the attack. Am calling you…”

There was yet another message from Serwaa Broni dated Saturday, November 2, 2019 timed 12:58 which reads“When you called me the morning of Friday November 1st in response to my text message, you could not answer to why your security head will tell me his female friend that I am under their radial and constant watch since July. Also your only excuse for hopeson taken a key card to enter my hotel room 36 mins after my staged robbery is because he said he was looking for me, well he didn’t know that I had being robbed, did he contact me by phone? Did he forget to tell me he had…in my room?, he clearly to …in the presence….. 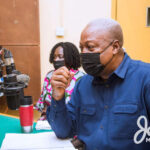