According to some of them, they had not received their allowances over the past four months, leaving them in serious debt.

One of the personnel who spoke to Citi News’ Caleb Kudah said, “I’m coming from Hohoe in the Volta Region and this is my second time here chasing the same issue. For four months, I have not received any of the month’s allowance. I have been borrowing since. The last time, I was asked to re-do the biometric registration which I did in December but still, I’m yet to receive my allowance.”

Another aggrieved personnel who spoke to Citi News said the situation had landed him in a debt of about Ghc2,000 excluding the month’s rent to his landlord.

“I first came here in September 2017. I’ve been to the district office, I’ve been to the regional office and now, I’m here at the National Office. They said I had an issue with my name, that was in November. I went to the district and corrected it and I was assured that my allowance will come. I owe a lot of people, I owe about 2,000, I even owe my Landlord. Today, the plan is that, if the NSS does not give me my money, I’m not leaving here.”

Others said they were paid for just one month’s work and the remaining allowance has not been forthcoming.

The personnel have vowed not to leave the NSS premises until they are paid.

But the the Executive Director of the National Service Scheme, Mustapha Ussif, has told Citi News that most of the angry personnel who besieged the secretariat’s Head Office have been paid.

According to him, nearly 98% of all National Service Personnel have been paid their allowances.

The National Service Secretariat has over the years dealt with challenges of non-payment of some personnel for various reasons including wrong details provided to the scheme.

The Secretariat currently pays GHS559 as a monthly allowance to personnel.

The amount is an increase from the GHS350 which was being paid before April 2017. 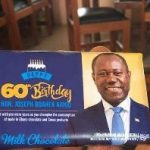 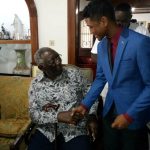