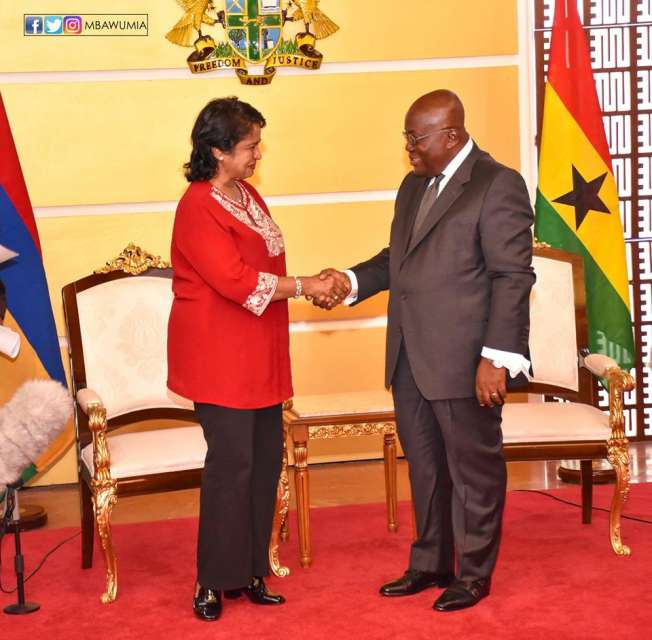 Many were his political rivals that continually maliciously sought to scupper his childhood dream to be of selfless and dedicated service to his people and nation. However, as man proposes and God disposes, and also there being a time and season for everything, Nana Akufo Addo by the correct timing and design of God Almighty in whom he trusts and has surrendered himself wholeheartedly, has on Saturday, 7 January 2017, been invested with the power to govern Ghana.

I am not going to repeat the unprintable insults hurled at him for Ghanaians are themselves witnesses to how his political rivals both within and outside the NPP, especially the NDC, maltreated him all for being a disciplined incorruptible man.

Every Ghanaian knows, and God knows him to be a man of integrity who could salvage Ghana from her economy that has been on downward spiral under the immediate past President John Dramani Mahama hence the personal attack on him by his political rivals to denigrate him beyond redemption in the eyes of the Ghanaian populace.

Upon all the intentional malice falsely perpetrated to dehumanize him with intent to deny him from ever becoming the President of Ghana to serve his people with great humility, honesty, firmness, fairness and friendliness, God and Ghanaians defied his rivals or enemies to elect him the President of Ghana.

Following his investiture as the President of Ghana on Saturday, 7 January 2017, I have the following serious advice to offer him. It will do him well if he listens to, and abides by, the advice, in good faith.

Before then, let it be known to him that even though one tree cannot make a forest, I can assure him that as a known incorruptible person as he is, he can alone by his principled nature and conforming actions, change Ghana for the better. It takes only one person to come up with an idea or suggestion the acceptance of which can transform the lives of many people or an entire nation.

As proven incorruptible person as he is, never involved in any acts of corruption, and a champion for human rights who has absolute belief in the rule of law and justice for all, President Nana Akufo Addo can live up to, and beyond, the positive expectations of Ghanaians.

Firstly, you must not accept any gift in the form of food, Christmas hampers, alcoholic drinks, money, sheep, goat, cow, car or clothing from anyone. As a President, canâ€™t you get most of these things free through statutory provisions or canâ€™t you buy them yourself? Apart from any attached evil intentions of those presenting such gifts to you, the gifts can easily corrupt you. Have you ever heard our elders say, â€œone good turn deserves anotherâ€ or to pay some in kind? Once you begin to accept such free gifts, you begin to unconsciously slip into the clutches of those presenting them to you. They will begin to ask for favours from you of which you will be obliged to grant even if they appear illegal to compromise your reputation in one way or the other.

Secondly, do not interfere with the course of justice to favour anyone be they your family members, NPP faithful, Government Ministers or appointees, your friends or your most respected traditional leaders. Once they fall foul of the law, let them suffer the consequences. Do not be like former President Mahama who senselessly exercised his constitutionally-mandated prerogative powers to free the Montie trio (Messrs Salifu Maase aka Mugabe, Alistair Nelson and Godwin Ako Gunn) who were plotting to murder some Supreme Court Judges and to rape the Chief Justice Mrs Georgina Theodora Wood, all for stupid reasons intended to support Mrs Charlotte Osei to probably rig Election 2016 in favour of NDC.

Thirdly, you should make sure none of your Government Ministers, Deputy Ministers or government appointees becomes corrupt, arrogant and very disrespectful towards Ghanaians. They should follow your footsteps, emulate your incorruptibility and humility. They should note that they have come to serve the nation and the people of Ghana as it is your main objective but not to be served. The very minute that anyone of them becomes corrupt, say , embezzles public funds or commits acts of biases by abusing their position in favour of their cronies to enrich them, please, do not hesitate to fire them, cause their arrest and ensure they are prosecuted and when found guilty, they are sentenced to a prison term.

Furthermore, warn your family members not to accept gifts on your behalf or allow others to influence you through their interventions.

Many Ghanaians have high hopes and expectations in you to deliver on your promises knowing how honest and incorruptible you are. Why should you allow any few bad nuts, dishonest and insatiably greedy persons to ruin your reputation to incur the wrath of Ghanaians and God? Any Ghanaian who prayed, campaigned and voted for you, deserves equal praise as those that you have appointed to assist you govern Ghana. Therefore, the citizens will not sit idly by on the fence when your Government Ministers begin to behave in the same irresponsible manner as President Mahama and his government did.

It does not belong to he who is leading to redirect their steps so I shall continually constructively point out your mistakes to you as soon as I detect any, give you advice, and then suggest solutions to you. I want you to succeed to make those of us who have supported you from day one, defended you and fought your corner, proud. If you fail, you will have brought shame not only upon yourself but on all those who supported you through rain or shine and voted for you massively.

Gone are the days when Ghanaians kept mute for rogue politicians like former President Mahama, Johnson Asiedu Nketiah, Sam George, Allotey Jacobs and all those greedy bastards and babies with sharp teeth, courtesy of former President J. J. Rawlings, to take us for the roughest ride.

Ghanaians trust you to do the job and to discipline corrupt politicians to give a new face to Ghana so please do it. One lobbying you for post to serve Ghana and the people is different from one being simply corrupt.

If you listen to me and see sense in all that I have said, it shall be well with you. However, if you ignore them, you do so at your own peril. Do not ever forget the God in whom you trusted to win the election. Continue to be the incorruptible man you have always been.

If the current President of Tanzania, Dr John Magufuli alias bulldozer through his many accomplishments within a short time has transformed his country, weeding out corruption hence declared the best President in Africa, you, His Excellency President Nana Addo Dankwah Akufo-Addo can do more or emulate him as reputably incorruptible as you are.

This is the advice I leave with you today, Wednesday 11 January 2017. Today reminds me of a dear Pastor friend of mine who died in 2012. He was one Pentecostal Pastor called Pastor Annor aka Seko. About twenty years ago, he donated to me a special bible that has extensive commentary on every bible chapter and verse â€“ why, how and when such verses were said and by whom. When he signed the bible out to me, he said and wrote, â€œYou have the potential to become a useful instrument for God so please surrender yourself wholeheartedly to Godâ€. Why did he say this, one may ask? It was all because whatever I told him, always came to pass exactly as I said them months later hence he thought such apparent prophetic sayings from me were not my own but from God so if I should dedicate myself to God as he suggested, I could see and predict greater things but honestly, I have not done as he advised.

I am going to bed, but I pray President Akufo Addo cogitates about this first advice of mine to him. He should hold his Ministers accountable and especially, the corrupt judges in Ghana who accept goats, sheep, cats, dogs and, or money to twist justice in favour of the otherwise guilty powers. I am myself a victim of the shameful corruption of the Ghanaian judges that I hold most of them in low esteem. 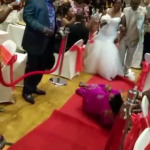