•4000 officers may be affected

CRISIS is brewing at the Nigerian Customs Service, NCS, following management’s decision to clampdown on officers from the ranks of Assistant Comptroller of Customs to the lowest cadre, over their alleged indiscriminate allotment of ranks to themselves.

The development, it was gathered, has made some of the affected officers to start running helter skelter with a view to scuttling the exercise.

Some affected officers have resorted to using their godfathers to stop the management from implementing the decision.
Effort to reach the Service Spokesman, Mr. Adewale Adebayo, a Deputy Comptroller of Customs was futile as his phone rang several times without being picked up.

Confirming the development, Mr Chris Osunkwo, a Chief Superi-ntendent of Customs, told Saturday Vanguard that some officers have refused to play by rules and regulations guiding Customs promotions, transfer and deployment, adding that the indiscipline prompted the current management to embark on the de-ranking exercise.

He explained that a lot of people in the service had abused the rules and regulations of the service because they believe they have godfathers that can speak for them.

He also said if anybody wanted to migrate from one cadre to the other, there are conditions an officer must fulfil before migrating,adding that what obtains these days is that people just ascribe ranks to themselves without following due process.

He disclosed that this was not the first time such a directive was being released, adding that some officers flout directives because they believe they have godfathers, who can speak for them.

His words: “People ab initio refused to abide by the rules and regulations that guide our appointments, promotions and deployments.

“Officers know that these things have been spelt out; it is just that a lot of them believe that they have godfathers here and there, that is why they sometimes flout some of these directives. If you are not a graduate or Higher National Diploma holder, and you join the Customs, you are not a commissioned officer yet until you do what we call lateral conversion.

“We have three cadre points of entry into the Nigeria Customs Service and they are the Customs Assistant Cadre, the Inspectorate Cadre and Superintendent cadre. If you want to migrate from one cadre to another cadre, there are conditions in the scheme of service which should qualify you to migrate and not for you to ascribe rank to yourself.

‘’If you have any added qualification to entry qualification, come forward and management will verify if you got approval to embark on your educational pursuit. If this is confirmed, you are automatically up graded to the cadre of your wish. But what obtains among some officers is that they get additional qualification most times without approval and before you know it, they are wearing ranks they are not entitled to wear. Whether these additional qualifications are fake or not, nobody cares to find out.”

In like manner, the Public Relation Officer of the Apapa Area One Command of the Customs Service, Mr. Emmanuel Ekpa told Saturday Vanguard that the Comptroller General, Col. Hameed Ali (retd) is working on a directive that officers should put on their appropriate rank.
Ekpa also confirmed the fact that officers had refused to wear their appropriate rank in the past, even when the last Comptroller-General of Customs Mr. Dikko Abdullahi tried to address the issue.

“The truth is that what has happened is not new and the Comptroller-General of Customs is not doing anything contrary to the rules and regulations of the service. What he did was that he was given directive on officers that are not putting on their appropriate rank. How do you know the appropriate rank? Bring your letter of promotion; your letter of promotion will determine what your rank is.

“If there is any discrepancy in your last two letters of promotion, the directive will take care of it. If your last two promotions do not read the rank you are putting on, you are asked to put in your appropriate rank. The key word is ‘appropriate.’ Since the new Comptroller General came, he has not done any promotion.

“The former Comptroller General did the last promotion and officers were promoted appropriately but the problem as you have rightly said is the confusion concerning what to put on and what not to put on, depending on the cadre through which an officer entered the Customs.

“I want to let you know that before the last Comptroller General of Customs left, the issue of appropriate ranking was adequately addressed and corrected but officers did not adhere to that directive. It was based on that, that the new Comptroller General now asked officers to put on the appropriate rank.” He explained that in his Command, some officers had carried out the directive, adding that the Customs Area Comptroller, Mr. Willy Egbudin, had vowed that the directive would be implemented to the letter.

Also commenting, Mr Steve Okonma, the Public Relation Officer of the Port and Terminal Multi-purpose Limited, PTML, said that nobody would be allowed to wear any rank that is not due to him.

According to him, the exercise would be carried out command by command and about 195 officers might be affected in his command. Across the country, Saturday Vanguard gathered that about 4000 officers may be de-ranked. 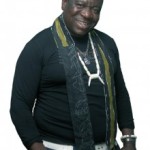