The Presbyterian Reverend of Ameke-Abam in Arochukwu, Titus Onwuchekwa who was paraded alongside five suspects for armed robbery at the Lagos State Police Command, Ikeja has revealed that a car dealer used the stolen car to sow a seed into his life. The other suspects who were paraded alongside Rev Titus included Opeyemi Aregbesola, 28; Bola Salami, 30; Osas Felix Bright, 32; Chibike Umeh, 22; and Ndibe Samuel, 31.

It was learnt that upon the arrest of two notorious armed robbery kingpins, Opeyemi Aregbesola and Bola Salami who had been on the wanted list of Special Anti-Robbery Squad for snatching exotic vehicles, the operatives recovered a Toyota Camry 2007 model with registration number MUS782DD.

While parading the suspects, Lagos State Commissioner of Police, CP Fatai Owoseni, said that, “During interrogation, the duo confessed to have stolen a series of cars at gunpoint. Their confession led to the arrest of one Osas Felix Bright and Chibuike Umeh at their hideout at Oko Igbede, Alaba International Market. The two suspects also confessed to have received many stolen vehicles from the gang and sold them at give-away prices to their customers at Onitsha, Anambra State and Abia State.”

“I never knew the car was stolen”

According to Rev. Titus Onwuchekwa, “I am a clergy man. I bought an SUV from one Felix when he came for a programme in Lagos sometime in November. I actually saw the vehicle at Alaba, where it was advertised for sale. While negotiating with the owner of the vehicle, I told him that I was a man of God and he said that he would use the vehicle to sow a seed into my life. He said because I was a man of God, he would sell the vehicle, a Mitsubishi Pajero jeep to me for N500,000. I paid him N350,000, and I later balanced him N150,000. He said I should pray that God should bless him with more children because he had only had one child since he married.

“I never knew the car was stolen. I don’t know anything about the other Infiniti jeep that he sold. He gave me the car documents which bore his name; he also gave me the custom clearing documents, and they had the same name too. A soldier friend of mine had to help me verify if the car was genuine and he confirmed that it was. I am a man of God and I will never buy a stolen property.”

“I bought mine from my in-law”

Another suspect Ndibe Samuel, a medicine dealer, told Crime Guard that he bought one of the stolen cars from his in-law. “I bought a Toyota Camry for N700,000 last September, 2015. I was in my shop when he actually called me to come and see him, that he had a message for me. I was arrested by the police on my way to see him. They said the vehicle that I bought was a stolen vehicle.”

“I knew it was a stolen vehicle”

For Osas Felix, one of the suspect, there was no need to deny: “I sell vehicles at Berger Yard. A friend brought the vehicle for to me to help him sell. I have known him for over a year. I knew it was a stolen vehicle. I bought the vehicle for N300,000 from him, registered it with my name and then sold it to the pastor.”

“I steal and sell vehicles”

Opeyemi Aregbesola also had no need to deny: “I usually sell stolen vehicles to Osas Felix. So far I have sold about seven vehicles to him.” Crime Guard learned that investigations are still ongoing and efforts are on to apprehend other fleeing members of the gang who specialise in forging documents for the gang. 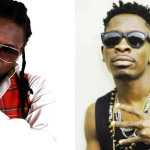 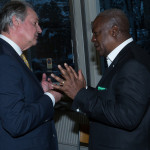