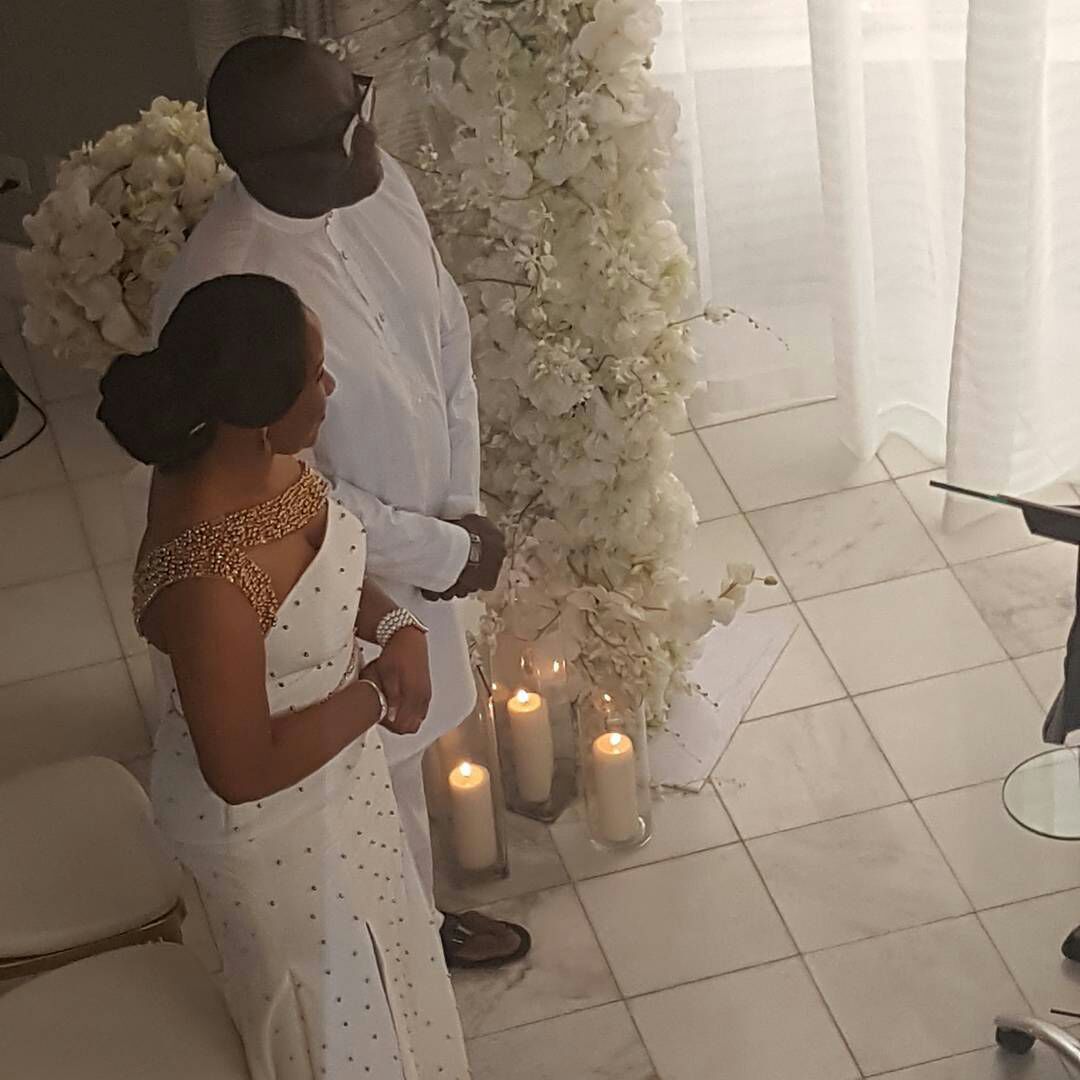 The ceremony, officiated by the General Overseer of the International Central Gospel Church (ICGC), Pastor Mensa Otabil, was part of activities marking the 40th birthday of the popular radio presenter and entrepreneur.

Bola and his beautiful wife have been married for close to 12 years and have been blessed with two sons and girl.

Bola Ray who is also the CEO of Empire Group of Companies, as part of his birthday celebrations, made a generous donation to the SOS Children’s Village in Tema over the weekend.

Accompanied by Okyeame Kwame, Ruff & Smooth, Cudi and a host of others, he presented a cash sum of GHC 40,000, as well as assorted items.