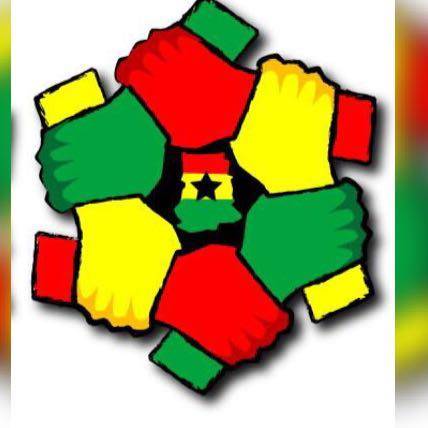 The Joint Action for Justice, a pressure group has lamented over the worsening security situation in the country under the watch of the President Nana Addo-Danquah Akufo-Addo and the New Patriotic Party.

In a statement copied to Ghanapoliticsonline.com, the Joint Action for Justice enumerated series of chaotic incidents and hooliganism displayed by members of the New Patriotic Party among others that has heightened insecurity in the country and rendered the Ghana Police seemingly helpless.

Below is the press release;

We are appalled by the worsening security situation within the country since assumption of power by the Akufo-Addo-led government.
Since assumption of office, there have been several security issues that greeted this administration without any clear efforts borne out of commitment from the government, to deal with these issues head-on.

The nation had witnessed dangerous illegal actions from groups associated with the New Patriotic Party (NPP), the ruling party which is deeply rooted in the operations of the government. These groups, operating as terrorists, have, on many occasions, visited mayhem and caused chaos on innocent lives with impunity and have always walked away with same.
Since the election of His Excellency President Akufo-Addo, Ghana has been greeted with massive terrorist activities some of which we shall take time to enumerate for the appreciation of the Ghanaian public.

Soon after winning power, in December, 2016, supporters of the NPP, in a Rambo style, invaded the Tema Motorway toll booth and took over its operation, causing individuals employed for the purpose of collecting toll and paying same to government, to run for their lives. This act went without any commitment to deal with it.

In January, a minimum of five solid terrorist attacks were experienced from paramilitary groups of the NPP. A police officer by the name ASP Nanka Bruce, was beaten by the Invisible Forces of the NPP at the seat of government, Flag Staff House. This unfortunate incident was captured by the Close Circuit Television (CCTV) of the Flag Staff House and viewed subsequently by the general public. The solution the government adopted to dealing with this unfortunate act was to write an apology to the said police officer without taking steps to openly deal with the perpetrators of this act that could endanger the lives of men in uniform.

In the same month of January, 2017, NPP youth raided and locked up the offices of the National Health Insurance Scheme (NHIS) in Bodi. This act went without any commitment to deal with the lawless act. The media, in the same month, reported the raid and takeover of some toilet facilities in Koforidua in the Eastern Region by NPP supporters without any single arrest.

In February, 2017, another group in the Northern Region, also associated with the NPP, named Kandahar Boys, operating in a manner of terrorists, raided the offices of the Tamale Teaching Hospital and tormented its Chief Executive Officer (CEO). This also went without any Executive commitment to deal with it.

In March, 2017, the hooliganism rose further to the point where another group, also associated with the NPP, Delta Force, operating dangerously, invaded the offices of no less a person, than the of the Regional Security Coordinator, had him beaten, and dragged out of the office. This height of impunity wet without any Executive commitment.

In the same month of March, 2017, the Invisible Forces organized and visited mayhem on School Feeding caterers in Atebubu. This also went without reprimand.

Then in April, 2017, these acts of impunity, rose to the peak when the Delta Forces, in the Ashanti Region, invaded court premises to set free their members who were standing trial, an act of contempt, never heard before in the history of the county, brutalizing officers on duty causing the presiding judge to run for her life.

In the same month of April, 2017, the Invisible Forces took their operations into the Eastern Region again, raided and locked up the Regional offices of NHIS. This stalled the activities of the office for days without any commitment from government to deal with it.

Many would have thought these operations were happening outside the knowledge of government. On camera, in August, 2017, at a programme organized in Tema, in the full glare of the public, members of the Invisible Forces, took the microphone and sounded warning of mayhem if the government they operated for and brought into power, does not give them jobs. They presented their case, and walked away without any reprimand.
In October, 2017, NPP supporters were reported to have invaded assembly offices, locked them up, stormed police stations and freed suspects held by the police.

These acts, were recorded on monthly basis even as we entered into 2018. What is even petrifying, is the killing of men in uniform who committed themselves to protecting the innocent and unarmed citizens of this country.
These acts of impunity by criminals, arising from inspiration from the handling of acts of terrorism by party supporters of the government, took to the roofs, resulting in the maiming and killing of officers.

In May, 2017, General Corporal Robert Kumi Ackah, a member of the Rapid Deployment Force in Tamale, was killed while on duty.

In July, 2017, Lance Corporal Daniel Owusu, a member of the Community Policing Unit of the Greater Accra Region, was shot and killed while on duty.

Another officer, Lance Corporal Michael Kpoyi, a member of the Tema Rapid Deployment Force, was also shot and killed while on duty.

Ghanaians can recall without much struggle, the numerous reports of killing of officers in uniform since January 7th, 2017. What remain fresh in our minds, is the recent killing of Inspector Emmanuel Ashlevi of the Kwabenya Police unit of the Ghana Police Service by armed robbers who raided the station to free their members who were held in custody. As we speak, the lifeless body of a once strong police officers, who was merely discharging his duty, is lying at the mortuary of the Ghana Police Hospital awaiting burial.

What saddens us in all of these, is the fact that the men in uniform seem to have thrown their hands in despair, while waiting on divine intervention in the protection of their lives while on duty.

In a statement dated 26th January, 2018 and signed by one Very Reverend FR. George Arthur, an Assistant Commissioner of Police, under the heading INVITATION OF POLICE MANAGEMENT BOARD (POMAB) MEMBERS TO PRAYER SESSION FOR THE SAFETY AND DIVINE PROTECTION OF POLICE OFFICERS, the Police is assembling its men to prayers, an indication that they have become helpless and have lost hope in the efforts of government and would rather entrust their personal security and safety in the hands of their God.

While we do not dispute the need for mortals to commit their lives into the hands of their maker, the signal is worrying as issues of human security is borne out of efforts and commitment to retool, mobilize and empower security agencies to perform their constitutional duties.

By this release, we want to register our collective disappointment in the handling of issues of security by the president, from the conducts of his party supporters, to the killing of innocent officers who have only taken upon themselves to lay their precious lives to protect the nation and its citizens.

The call to serve as a security officer, must not be made to appear as the signing of one’s death warrant, but one of dignity as officers are expected to work, retire, and be proud of their services to the nation.

The president, as a matter of urgency, must show commitment and send a clear message to the people of Ghana that he is committed to providing the tools required by officers to work and protect lives, and to allay the fears of unarmed citizens that they can wake up and go about their daily activities no matter the time of the day without the fear of being attacked.

Commitment must also be shown to dealing with acts of hooliganism emanating from supporters of the NPP in relation to impunity by the President, in order to put fear into those who take inspiration from acts of these nature. 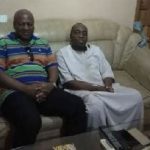