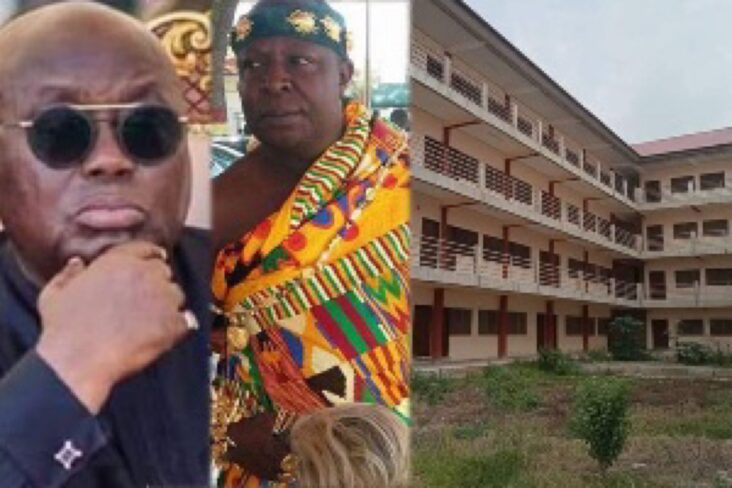 For a man who resorted to begging every Tom, Dick and Harry, declaring “try me too” “Try me too” by voting for him to become President, many expected decorum in his utterances with people, most especially traditional rulers.

But, Nana Akufo-Addo, drew the anger of many people, particularly indigenes of the Volta Region, when he shouted back at the Paramount Chief of Aflao Traditional Area, rubbishing an ultimatum he served on the government to complete a school project in his area.

President Akufo-Addo, had shouted back at Torgbui Adzonu-Gaga Amenya Fiti V to “complete” an abandoned E-block community day Senior High School in the area himself, if he is frustrated about the government’s delay.

The outburst of the President, has left a sour taste in the mouth of the people. Aside they saying Mr Akufo-Addo, was disrespectful towards the Paramount Chief, because he couldn’t have spoken to the Asantehene, Otumfuo Osei Tutu II or Osagyefuo Nana Amoatia Ofori Panin Okyenhene, in the same manner, they are asking if Torgbui Fiti, has been collecting taxes in the area where the uncompleted school block is.

On Wednesday, October 20, Torgbui Fiti V, who has also been complaining about the closure of Ghana-Togo border, saying it had brought life and every economic activities in the area to a standstill, gave the government a four-month ultimatum to finish the school building for use.

The GH¢9 million school project, built during the Mahama administration is almost 90 per cent complete. It has some 26 classrooms and five departments, including a science block, but has stalled since 2016.

When the Minority members on Parliament’s Education Committee toured the abandoned E-blocks in the Volta Region, the chief demanded that the area gets its fair share of the national cake by completing the project.

“The next place for revenue generation after the Tema Harbour is the Aflao border. So I had to push former President, John Mahama to put up that structure. I had to be running from here to Accra, begging. Should we be begging for education? If we have to beg for education before people can go to school, then I don’t know what we call democracy at all. Look at the structure, it’s almost 90 percent complete. The thieves are having a field day, going in there to have everything removed at will.”

Torgbui Fiti V, insisted the government’s approach to education in the Ketu South area is appalling.

“After senior high school education, the next degree that my people have to do is to go to the border and go and do kayayo, no school.

“The only school that we have is the RC Senior High School that belongs to the Catholic Mission Minor Seminary. So this thick population have no place to go and people sit down in that big hall called parliament and not thinking about Aflao, a place after the Tema Harbour, the next revenue generation is from the Aflao border.

“I had to push the former President Mahama for the structure to be constructed over there. I had to be running from here to Accra begging. Should we beg for education?”

But reacting to the demand on Accra-based Peace FM yesterday, the President, amidst smacking laughter, questioned why the Chief, is giving the sector minister an ultimatum.

He said on Accra-based Peace FM Thursday, October 21 that “Many of the E-blocks are being worked on across the country.

“Is he [Aflao Chief] the one to give the Minister of Education an ultimatum, then he should go ahead and complete the project?”

After the statement, President Akufo-Addo, claimed that his government is resolved to continue projects started by his predecessor, stressing that plans are being executed to complete the projects and put them to good use.

“For some of the projects definitely we will ready ourselves and complete them. But, as much as possible, I have given you these examples for you to see that despite the propaganda [we are working on them],” he stated.

North Tongu Member of Parliament (MP), Samuel Okudzeto Ablakwa, has asked the President to retract his response to the Chief of Aflao over the abandoned E-Block in the area.

Reacting to President Akufo-Addo’s comment, Mr Ablakwa, said in a Facebook post that “Our revered chiefs and custodians of our proud traditions deserve utmost respect at all times regardless of which part of the country they exercise their authority.

“The venerable Torgbui Adzongaga Amenya Fiti V and the people of Aflao, deserve an immediate retraction and apology from President Akufo-Addo.

“No chief anywhere in Ghana should be spoken to with such derision, disrespect and condescension.

“Torgbui Fiti V rather deserves commendation for his courage in speaking out against the reckless wasteful culture of abandoning inherited projects.

“We are one people united in our collective successes and challenges; intemperate language from the President who ordinarily should be strengthening national cohesion with his pronouncements ought to be condemned by all well-meaning Ghanaians.”

Meanwhile, one David Tiahno Quarshie, who was the New Patriotic Party’s (NPP) Parliamentary candidate in the 2020 general election in the Ketu Constituency, has waded into the matter further rubbishing his chief, Torgbui Fiti V.

My attention has been drawn to a widely circulated voice interview by the National Democratic Congress party (NDC) led by the Member of Parliament for Ketu South, Hon. Abla Dzifa Gomashie under the auspices of some members of the Minority Parliamentary Committee on Education concerning the ongoing Senior High school building project at Agblekpui here in Aflao-Ketu South Constituency, just a little of about 500 meters away from the palace of the Paramount chief of the Aflao Traditional Area, Torgbui Amenya Fiti the fifth.

The insight of the interview suggests that the New Patriotic Party, abandoned the ongoing project after taking over power from the NDC in 2017, without making any form of contributions to the project’s growth which was claimed to be 90percent completed by the NDC which was not true.

In as much as I do not have qualms with them suggesting for the operationalization of the project for its purpose, which the NPP government led by H.E. Nana Addo Dankwa Akufo-Addo is totally committed to, I do not see it more appreciative of them not acknowledging the fact that they rather left the project and their world bank totally abandoned.

That project was started by the NDC way back in 2013. In same year, similar projects were started at some parts of the country under the leadership of the former President John Mahama. The John Mahama led administration completed and operationalize some of those projects, but not that of their ‘WORLD BANK’, Ketu South’s.

In fact, the project was left abandoned at the first floor level (see pictures for yourselves), since that 2013 till 2016, when we took over in 2017, just very little was done to the progress of the building by the NDC for the whole FOUR (4) years period since commencement.

The NPP taking over in 2017, strived and lifted the building from first floor where they left it to a fully completed THREE STORY BUILDING of over 95percent progress state.

The NPP government being so good and demonstrating total commitment towards this ongoing project has:

4. Completed the TILING of all the classrooms;

5. Completed most painting works on the building both inside out;

6. Continues to demonstrate total commitment towards the building.

I was personally involved in seeing that project get to where it is now and so I know much about the struggles that went into their claimed ‘90%’ complete stage.

If Honorable Abla Gomashie and her friends, believe that the project is almost complete and can be operationalized, then it is just prudent that they at least appreciate the efforts of H.E. Nana Addo and the leadership of the NPP here whose success it is,than to rubbish their efforts as if the NPP never made any form of contributions towards the success of the project. 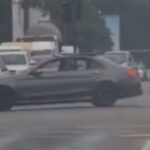