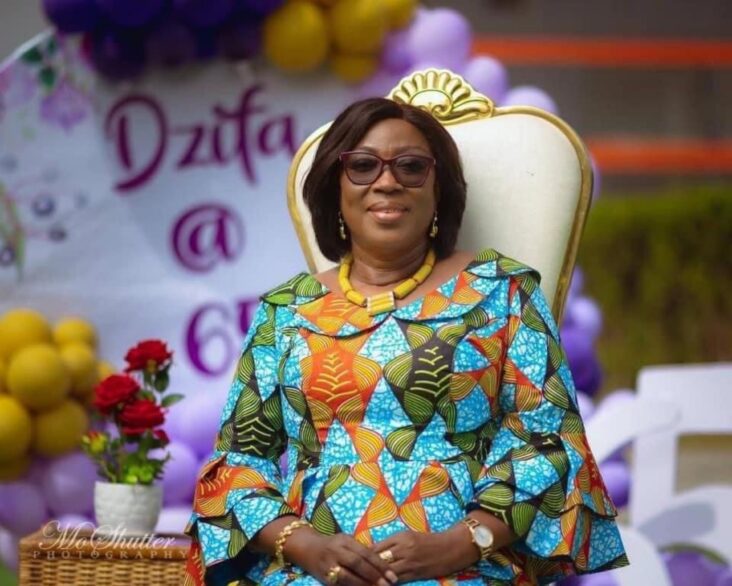 Former Minister of Transport, Dzifa Aku Attivor, has passed away at age 65.

Sympathizers, yesterday besieged her Adenta residence in Accra to sympathize with the family.

Amongst the people who have been to the house to sign a book of condolence, are the 2020 running mate of the National Democratic Congress (NDC), Prof. Naana Jane Opoku-Agyemang, former Speaker of Parliament, Edward Doe Adzaho, ex-Minister of Trade and Industry, Dan KwashieAbodakpi, among others.

“The mood in the house has been solemn with people from all walks of life trooping in and other of the house to express their condolences. You know Auntie Dzifa, was a peoples’ person?

According to the family source, MrsAttivordied on Monday, November 15, 2021, at the University of Ghana Medical Centre (UGMC), where she had been receiving treatment for a yet to be disclosed illness.

MrsAttivor, who was a Deputy Minister in the John Mills administration, but assumed a full ministerial appointment in the Mahama presidency, had been in and out of that hospital for some time now until her demise on Monday.

Dzifa Attivor was one of the committed members of the NDC in the Volta Region.

Many NDC party loyalists, have taken to various platforms to express their condolences to the bereaved family.

” A woman with a heart of Gold.

You have touched so many lives.

The ” tears and pains ” on peoples timeline is enough testimony.

You were always there for people.

Your departure at this moment has caused us so much pain.

This pic was taken when u came for Dad’s burial in November last year.

Kobla Kudoto . I won’t forgive u… You lied to me”.

A couple of months ago, my friend and sister, Aku-sika Kpene, discussed a program she had put together to honour Hon Dzifa Attivor and a couple of other women from the Volta Region, who contributed significantly to the development of the party and the region.

She spoke to Auntie Dzifa, and we were waiting patiently to honour her and other outstanding women in our party.

At the slightest opportunity, remind people how much you love them and honour them while alive. Life is but a fleeting adventure.

I’m glad I made you fully aware of the awards program I was planning to honor you and other outstanding women in the party. But for Nana Addo’s refusal to operationalize the Ho airport, we would have had our all female flight and the awards night by now.

At least for the fact that I made you know how I appreciated you and all you do, I’m a bit consoled

But I’m broken because it didn’t happen before you left.

Your hardwork, commitment and loyalty will never be forgotten”.

Hanna Bisiw Louisa, a former Deputy Minister of Fisheries and the NDC’s Women Organiser also wrote “Awwwwwww!! I called her my husband, and she used to call me my wife. You have always looked out for me, aside your passion for the party and our nation. What a world, what a journey!! I am so weak with sadness this morning!

Sweetheart, fare thee well.We will never forget you. THANK YOU FOR YOUR SERVICE

The Ghanaian politician and businesswoman was appointed February 2013 as the Minister for Transport until she resigned in December 2015 due to a controversial bus re-branding contract.

The former Minister’s family,as at yesterday were receiving sympathisers at her Adentan residence in Accra.

Dzifa was born on February 22, 1956. She started her basic education at the Evangelical Presbyterian Primary School at Abutia-Teti between 1960 and 1970.

She then trained at the Government Secretarial School qualifying as a Stenographer Secretary in 1981. She later obtained a Secretarial Silver Diploma from Pitman College, UK.

Her graduate qualifications are from the American Century University where she obtained a Bachelor of Science degree in Administration in 2007 and a master’s degree in Human Resource Management in 2012.

Madam Attivor worked with the Bank of Ghana from 1976 to 2003 as a research clerk and then as a Personal Assistant to three successive Deputy Governors.

She also became the Personal Assistant to the head of treasury in charge of all general office administrative work in the same bank.

Attivor moved into private business.She also set up a Non-Governmental Organization named ‘Dedefund’, which is dedicated to the support of brilliant but needy children, the course of women and the youth.

NGO also cares for the 120 cured lepers at Schohaven Village located in Ho in the Volta Region. Politics Attivor is a member of the National Democratic Congress.

She contested the Ho West constituency primaries of the NDC in 2008 but lost to Emmanuel KwasiBedzrah who subsequently won the elections in December 2008.

Dzifa made her intentions known publicly and launched her campaign to become the Volta Regional Chairperson of the National Democratic Congress in August 2018.

She campaigned on the ideas of changing the norm by selecting a female to head the region and the fact that the incumbent government had failed in delivering their promises, but she lost the elections and urged the members and other supporters to rally behind the winner and ensure a collective win for their party.

She was defeated in the elections in September 2018, after garnering 374 votes against the winner John Kudzo Gyapong, the incumbent who had 491 votes.

Dzifa Aku Attivor was married to Raphael Napoleon Kwaku Attivor, who passed away in 2019.

She has three children.

She is a Christian and a strong member of the Evangelical Presbyterian Church, Ghana. 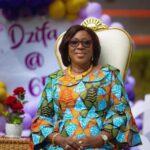 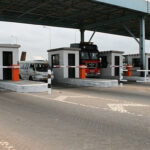