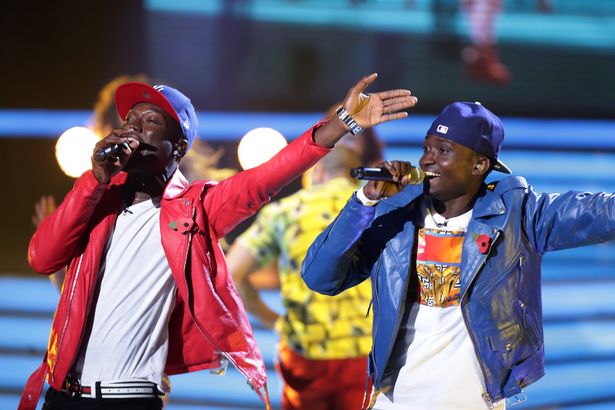 This article is another gift to the youth of this country. In the past few years I’ve had the opportunity to counsel some of our young ones who are going through challenges of diverse magnitude, to the extent that some had thought life is not worth living and had wished they were dead and long gone to their graves. And it’s this heartbreaking issue that has compelled me to attempt to write this motivational essay.

I am not a motivation speaker and I don’t want to pretend to be one. I remember a comrade asked me whether I’m a historian when I started the “Ghana in Retrospect Series” and my answer was that, “I can do all things through Christ who strengthens me.” And I think that is my secret. In this treatise, I’m going to be a bit practical and cite real life experiences to support my write-up. Most of these experiences are going to be my own life story, this will not be an attempt to be boastful or show off, but an effort to give hope to our dear young ones who think all hope has been lost.

Many, many people think the only major ingredient for making it in life is money, but I beg to differ; I will choose IDEAS over money because ideas bring money. You can have abundant wealth, but you can lose everything if you lack ideas. I know parents who bequeathed to their children massive wealth but the children are now filthy poor because they lack ideas. To continue, one will ask, “How do I get ideas?” And my answer is, begin to dream! Folks, I love dreaming. It doesn’t cost to dream so please dream some wai. As much as dream is not expensive, all ground-breaking feats and innovations became possible because someone dreamt.

People can now step on both the moon and foreign continents, travel at supersonic speeds for war and pleasure, and to navigate the globe for fun and profit because of the Wright brothers’ dream of inventing an airplane. We can travel in cars and lorries because two Germans, Carl Benz and Gottlieb Daimler dreamt of inventing a car. The mobile phone has become an indispensable tool in our lives because of the dreams of Alexander Graham Bell and Thomas Watson to invent a phone. The list can go on and on. The above inventors were human beings like us, God created all of us in His image; the Bible talks of the fact that we are fearfully and wonderfully made, so we are also special and can do even more than the inventions I have enumerated above; so dream, and dream big!

Dreaming also has some spiritual benefits and it’s powerful. What you churn out in your mind is what you get. If you keep on thinking you are poor, you’ll always remain poor. You may experiment this: assemble a group of people and let them repeat a Bible quotation many times silently in their minds ,and they’ll begin to fall down! According to “The Fourth Dimension” a book written by the Korean Evangelist, Pastor Dr. David Yonggi Cho, you can enter the fourth dimension by dreaming and creating things with your mind because things that stick in the mind has the ability to create. People have criticized Pastor Cho and termed his fourth dimension principle “Charismatic Witchcraft.” As at 2007, Pastor Cho’s church, Yoido Full Gospel Church (Assemblies of God) was the world’s largest congregation with membership on one million.
Personally, I don’t think the principle is magical or occultic; it’s Biblical! In Proverbs 23:7, the Bible says that as a man thinks, so is he. I believe you also remember the Story of Jacob in the book of Genesis where Laban cheated Jacob and allowed him to work many years for Rachel for a wife. Hehehehehe, I’m sure the Labanese are the descendants of Laban. In Genesis chapter 30 versus 37 to 39, Jacob took fresh-cut branch from poplar, almond and plane trees and made white stripes on them by peeling the bark and exposing the white inner wood of the branches. He then placed the peeled branches in all the watering troughs, so that they would be directly in front of the flocks for the streaked images to register on the minds of the flocks when they went to drink. When the flocks were in heat and went to drink, they mated in front of the branches, and surprisingly, they gave birth to streaked or speckled or spotted young ones!

Pastor Yongi Cho shared an awesome testimony in his book. The husband of one of his church members got himself involved in a fatal accident and fell into coma for several days. Doctors declared his condition hopeless, but the wife didn’t lose hope. Based on the teachings of her pastor, she launched into the fourth dimension and imagined herself walking to the hospital and seeing her husband on the hospital bed with his eyes opened welcoming her with a smile. She did this for weeks and one day, after entering the ward where her husband was hospitalized saw her husband with her eyes opened and smiling! I want to issue a caveat here that dreaming is not a substitute for praying; they must go together.

If you look around critically, you’ll be shocked that there are many things you can make money out of by generating ideas geared towards solving problems of your community. Many years ago, iced water was sold in cups, and it was a common sight to see a seller serving many people with the same cup. Someone identified the health implications in this and came out with the idea of selling iced water in polythene bags. After sometime, it was observed that before the polythene bags could be opened for the water to be put in, one had to blow air mixed with saliva into the bag, and so the idea of sachet water was created and we now have bottled water.

In December 1994, almost the same time as now, I needed some money to enhance my writing career and also establish a publishing company but didn’t have a dime. I started dreaming about something, and my mind came across the severe energy crisis the country was experiencing at that time. Finally, I decided to write a book intended to address the problem by teaching consumers and children how to conserve electricity. Within two weeks, the first draft was ready. I spent another week fine-tuning my draft. I couldn’t afford the services of a professional editor so I gave the draft to friends and family members to look at it, and in another few weeks my script was near perfect. I went to a business centre for my work to be typed; it cost me only GHC50 and that was the beginning of my breakthrough.

I took my manuscript together with a sponsorship letter to the reception of the Electricity Company of Ghana. It was then a corporation, and I was directed to see the Public Relations Officer. He was very unfriendly and told me in the face that they don’t waste money on such things; I was very disappointed so I decided to send another copy to the Volta River Authority the following day since it was obvious ECG will not help me. That notwithstanding, I continued praying and applying the fourth dimension principle – I will most often imagine myself roaming the corridors of the company, receiving a cheque and having my book published. Months later, I received a letter from the Customer Service Director inviting me for a meeting. Without hesitation, I went to the head office of the Electricity Company of Ghana and was ushered into the executive boardroom. Directors and managers of the company in designer suits were already seated waiting for me.

I felt a bit uncomfortable because the blue shirt I was wearing was somehow faded and the heel of my shoe worn-out. I spotted two white men in the meeting whom I was told were energy consultants from France. The government of Ghana had engaged them to help manage the problem of electricity in the country and had recommended my book as part of the solution to the energy crisis. In the same week, I received an invitation from VRA on my proposal; I had two offers to consider but chose ECG because negotiation with them had gone far. To cut a long story short an MOU was signed and I was handed a cheque of 32 million cedis for the publication of 50,000 copies of my book, and that was in 1995. Out of the money, I bought my first car, a Renault 11 at 1.5 million cedis! And that tells you the value of 32 million cedis those days.

How did all these happen? Did the fourth dimension principle work? Yes it did, I was told later that my script wasn’t even sent to the registry to be received officially. It was thrown somewhere in the PRO’s office. One day, the PRO’s secretary feeling bored picked it up and started reading, she got so excited with it that she sent it home to complete reading it. When she was done she also gave it to her friend who was the secretary of the MD to read.

The secretary after reading passed it on to the MD, Mr. John Kobina Hagan who after reading invited the Directorate of Customer Service for discussion. Mr. Aikins, God bless you where ever you are. So, friends if this is not a divine intervention, I don’t know what else it is.

In the same year, this book and another book of mine competed favourably with the works of some academic luminaries including Prof. K. Opoku-Agyemang, Vice Dean of the Faculty of Arts – University of Cape Coast, and the Late Prof. J.O. deGraft-Hanson to win a National Literary Award.

“Sorrows of Electricity,” the book in question has been adopted by the Ministry of Education for use in Ghanaian schools and has fetched well over two hundred thousand dollars after the initial sponsorship by ECG. How do you think this country will be if our young ones decide to use their creative abilities to solve problems of their communities by creating jobs for themselves and others instead of going round looking for non-existent white-collar jobs? Fasten your seat belts and stay tuned for more; I will take you through a step-by-step approach as to how this could be achieved in the coming editions.