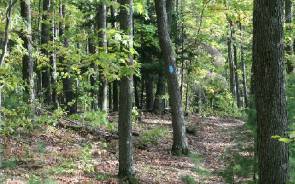 The Executive Director for the Ghana Wildlife Society, Eric Lartey, has called on government through the Forestry Commission to as a matter of urgency gazette the Atiwa forest in the Eastern region to prevent logging and prospecting of mineral ore.

According to him, the forest remains an important ecological reserve in Ghana and ought to be protected.

Speaking in an interview with Class News’ Ibrahim Obeng-Mensah, he said the mining and logging pose a threat to the forest and reminded government of its promise prior to the 2016 general elections to protect the environment and its forest reserves.

He said: “I want to remind this government about its commitment to protect our environment. We have seen several developments especially in the mining sector. They are committed to stamp out mining and illegal logging and finally we are reminding them about the Atiwa rain forest reserve. It is one of the country’s unique ecosystems.

“Initially there were two upland evergreen forests, that is, the Tano Offin and Atiwa but over the years so many things have happened which doesn’t give us the assurance that governments that have come and gone and those who are in government now, nothing assures us of their commitment to protect these unique ecosystems. So we are reminding government to commit itself to gazette the Atiwa rain forest reserve as a strictly protected area where there will be no mining, no prospecting and no concession should be given out to loggers.” 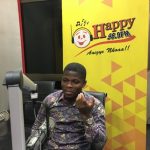