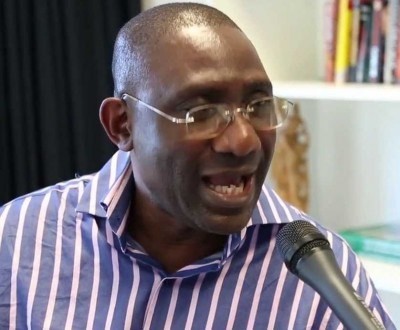 The embattled second vice chairman of the New Patriotic Party who is on the verge of being suspended for misconduct has accused the flagbearer of breeding a generation of sycophants within the party.

Sammy Crabbe says Nana Akufo-Addo is to blame for the internal crisis within the New Patriotic Party because he has surrounded himself with a gang of sycophants who see no evil and hear no evil.

He added persons like himself who are outside the gang and who will say it as it is have been targeted for insults, attacks and suspensions. Crabbe is currently facing disciplinary measures within the party despite his refusal to appear before the Disciplinary Committee of the party.

He is accused of challenging the authority of the disciplinary committee of the party and making comments that brought the name of the party into disrepute. He has a number of petitions lined up against him.

He is not alone. The party chairman, Paul Afoko has already been suspended for similar offences; the General Secretary Kwabena Agyepong is likely to follow in the same direction after similar petitions were filed against them.

Sammy Crabbe is convinced the three of them are being hounded by sycophant loyalists of Nana Akufo-Addo who see the need to devour honest people like them as a means to get ministerial appointments if the NPP should win power.

He said such people only line up every morning to bootlick the party’s flagbearer, something he will never do.

“They are looking for opportunities to be ministers, ambassadors etc,” Sammy Crabbe told Joy News. Crabbe again challenged the authority of the Disciplinary Committee of the party to invite him and attempt to discipline him for an offence he insists is none-existent.

“What they are doing is undermining the constitution of the party,” he averred.

But the Deputy Communications Director of the NPP Anthony Karbo says the comments by the embattled Second Vice Chairman of the party are “outrageous,” “laughable” and must be “ignored.”

He told Joy News when Crabbe was campaigning to be voted as second vice chairman of the party, he was one of the many who supported Nana Akufo-Addo at the time. “Was he being a sycophant?” he asked.

Karbo explained the flagbearer has no influence at all in whatever decision is made by the Disciplinary Committee of the party, insisting the party structures are bigger than a single member of the party, no matter the position occupied.

He said the structures are the creations of the party chairman who set them up when he was elected into office, structures which cannot be said to be at the beck and call of the flagbearer 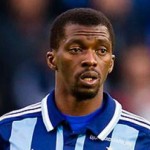