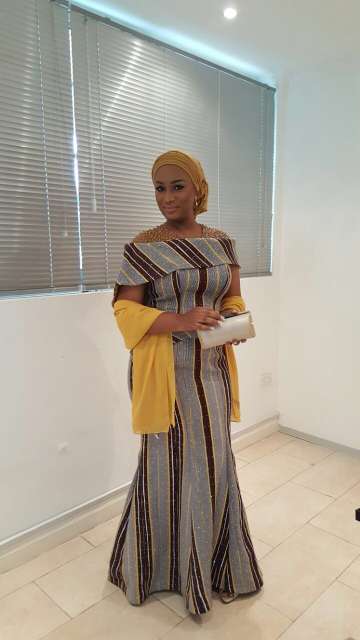 Samira Bawumia made her debut appearance as Second Lady of the Ghana under the Fourth Republic today, Saturday January 7, 2017 in an African Print gown.

The Second Lady is looking regal in African Print, artistically designed with beads which teamed up with a yellow scarf and matching head gear.

Mrs. Bawumia’s makeup with perfectly on point as the world witnesses such historic event ongoing at Independence Square.

She opted for some royal earrings and a clutch as she posed for the cameras.

Samira was born to a politician, Alhaji Ahmed Ramadan, the National Chairman of the People’s National Convention (PNC) and Hajia Ayesha Ramadan and she is their only daughter.
play

Despite her father’s political leaning, Samira has risen to become a leading member of the New Patriotic Party.
play

One of her brothers is a staunch member of the National Democratic Congress. Samira is a polyglot with five languages; Ewe, Ga, Twi, Fanti and her husband’s native tongue, Mamprusi, rolling off her tongue effortlessly. 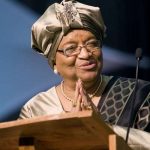