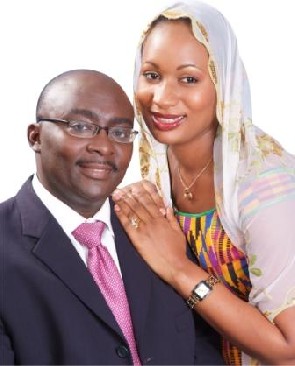 Samira said “I just returned from the north and people in President Mahama’s hometown cannot get water to drink yet he has erected billboards all over the country”.

Samira has not even visited Bole, so where did she get the information from?

Yes the water situation in Bole is not the best the past few months but it is because there is a new water system under construction which will pump more water to Bole and its environs. Bole has six water pumps but presently three are not working; two out of order and one has an electrical problem.

The old water system which has served Bole since the NPP regime is not functioning properly because of the construction which when finished would pump more water to Bole which is expanding at a faster rate. The contractors are two; one is laying pipes and the other is working on the overheard tank. The one working on the overheard tank is delaying.

Bole is one of the towns in Northern Region fortunate to have a high water table that is being pumped through electrical boreholes to the people for many years now.

Samira Bawumia should always ask about the facts before just talking for political expediency.