A former National Chairperson of the Convention People’s Party (CPP), Samia Nkrumah, has filed her nomination to contest for the party’s flagbearership slot ahead of the 2016 general elections.

The party opened nominations in December 2015, for its presidential and parliamentary primaries scheduled for January 30, 2016.

CPP opens nominations; Presidential hopefuls to pay GHc155,000
Speaking to Citi News after filing her forms, Samia Nkrumah reiterated the party’s commitment to breaking through the dominance of NPP and the NDC, saying the two have failed the country woefully.

According to her, the CPP is ready for the polls later this year adding that the party is Ghana’s best chance of getting out of the current economic quagmire.

“It’s a good sign for us that we are ready and now I can devote the next two weeks to touching base with our constituencies ahead of our congress to elect our 2016 flag bearer. The CPP is ready and we are looking forward to a very vigorous and active campaign where I’m confident that we’re are going to convince the people of Ghana that it’s time for a revolution at the ballots,” Samia stated

“The ‘two-party system’ has failed and I believe we offer the best alternative for a new way of managing our economy. We are the only party that is clearly saying that the conditions of the IMF are unsustainable,” she added.

The presidential aspirants of the CPP are required to pay GHc155,000, an amount which had received a lot of criticism.

However, the National Youth Organiser of the party, Ernesto Yeboah, said the fee will build up the CPP and facilitate the party’s activities ahead of the 2016 elections.

He said, “members have agreed that this is the only way by which we could build our party.”

“Presidential aspirants will pay GH¢5,000 when they come to pick up forms. After that, they will be required to pay a filing fee of GH¢150,000 and an extra GH¢50,000 as development levy,” he explained.

“For parliamentary aspirants, when you are picking the forms you will pay GH¢500 and then pay GH¢2,000 when you eventually file your nominations,” Mr Ernesto Yeboah added.

There has been talk of a possible merger between the CPP and the Peoples’ National Convention (PNC), with newly-elected flagbearer, Edward Mahama, claiming that that his election is not a disincentive to any merger talks between the two Nkrumahist parties.

It is unclear how the election of a presidential candidate by the CPP would affect the merger talks.
– See more at: http://citifmonline.com/2016/01/02/samia-nkrumah-files-forms-for-cpp-presidential-bid/#sthash.3ii6nlPX.dpuf 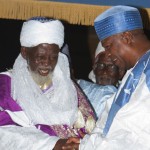