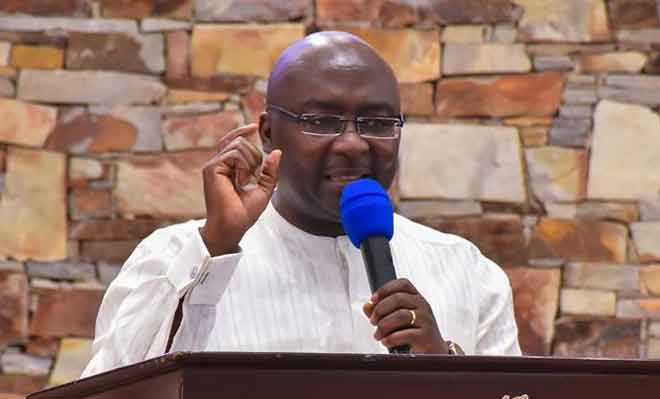 Claim 1: There is a cost of the public awareness campaign to aid in the public education and awareness creation for the National Digital address system over the next 12 months. You have all seen the “Jack Where are you” billboards, internet and social media placements as well as heard the adverts on radio.

Response: ​Why task an IT company to handle media placements and billboards? Was there any value for money audit done? Are we getting the best value for GHS3.5 million worth of publicity?

Claim 2: Infrastructure Set Up Cost – the costs of Servers (production and redundancies), firewalls, operating system and database licenses as well as support have all been included in the cost of the project.

Response: ​This claim is fraudulent and weak and shows a clear lack of understanding of the issues. If Dr. Bawumia would only take time to read and be educated on the processes involved with setting up ICT infrastructure, he would realize that firewalls are a standard component with server deployments. The GhanaPost GPS application is hosted on Amazon AWS. Based on professional experience in deployments and realistic expectations with costs, the highest tier of Amazon’s LightSail option, costs $US100 a month. Depending on the utility of architecture deployed in the application, an application can serve more than 1 million requests a day. The GhanaPost GPS application is configured to send API JSON requests and it receives responses which are literally in kilobytes, very small amounts of data. With this format, it is standard to get server response times of less than 5 seconds. With a $US100 a month budget on the Amazon LightSail option, you get a server with the following specifications;

This is way in excess of the requirements for the purposes of an application like the GhanaPost GPS. The GhanaPost GPS has 2 IP addresses suggesting that they are utilizing a load distributing system. Let us assume that with the 2 IP addresses and any redundancy issues, the developers at every time are using 4 servers, the mathematics points to $100 x 12months x 4 servers = $4,800. Only $4,800! Do you notice the huge gap between $2.5 million and $4,800? No one should try to fill in the blanks with the arguments of firewalls. That is standard. Having firewalls installed on servers is same as having a windshield in your car. You would not accept an invoice for your car that has a separate cost element for the windshield.

Claim 3: Third party licensing fees. At the launch, Vokacom made it clear that the platform could run using any map provider such as openstreet and google. To present a seamless user experience, they opted to pay google for the use of their map services. The Hon. Minister of Communication, Mrs Ursula Owusu-Ekuful, has made it clear that the government will not be paying any more money to any mapping solutions provider when the current term expires. We are in fact working with Google, Microsoft, esri and openstreet to agree and go with one of these solutions providers.

Response: ​Google has publicly stated on its website that Google allows businesses, governments and mega corporations utilizing their Google Maps API to pay a fee depending on usage. According to Google Maps API usage and pricing plan, using their API in your mobile application, either Android or iOS, attracts the following;

This basically means, if your application complies with proper use, and is by a recognized and legitimate entity, Google would allow for an almost unlimited number of requests per day for their API.

With the above pricing plans from Google for their APIs and embedding the Google Map into your website, it is clear that ALL use of the GhanaPost GPS App would attract ABSOLUTELY NO COST from Google. Again, assuming that a 100,000 Ghanaians everyday decide to go to the GhanaPost GPS website and use the Google Map interface, it would cost us at most $0.50 x 100 additional map loads (100,000 / 1,000) = $50 a day. This means that in a year, given the most unlikely scenario above of 100,000 website clicks every day, the total cost to the Government of Ghana should not exceed $50 x 365 = $18,250!

Claim 4: The cost of physically embossing 4,000 government and other public buildings.

Response:​ When is the embossing going to start and who has been contracted to do this job and at what cost? So far, the Flagstaff House, Parliament and the Ministries have not been physically embossed so which buildings are being embossed? Yet another after thought it appears as the government feels the heat of the push back.

Claim 5: The cost of training for all staff of GhanaPost as well as other stakeholders such as NCCE across the nation is included in this cost. So far, over 800 buildings have been embossed with their digital addresses and more than 500 persons have been trained across the country. More embossment and training are ongoing.

Response:​ Can government put out the list of the 800 buildings that have already been embossed? Also, which NCCE staff have been trained so far? No training has been undertaken in most rural districts where checks have been made even in the Greater Accra region and so it would be interesting to know who have been trained and where.

Claim 6: The cost of over 300 smart devices equipped with the Offline version of the app are being deployed across the nation to staff of GhanaPost and other supporting agencies to assist citizens who do not have smartphones.

Response: ​This is yet another clear example of the unpreparedness of government for any meaningful solution in this matter. The suggestion that 300 smart devices would be used to serve at least 22 million Ghanaians who have no smart phones suggests that each device would serve 73,333 Ghanaians! Simply incredible.

Claim 7: Testing, that is “ground truthing”, across the nation to give assurance of the validity of the system.

Response: ​It is unacceptable industry practice to roll out a product for full public use when it is still undergoing testing. This exposes all users in this testing phase to grave security threats and is in clear violation of our Data Protection laws.

Claim 8: Intellectual property of the developers

Response:​ It is getting more apparent that 95% of the $2.5 million would end up being dedicated to this line item. How refreshing that a government who in opposition denounced the concept of intellectual property valuation in the Bus branding and Ameri deals finds it prudent today.

It is my humble advice to the all knowing Vice President to take time off his schedule propagating falsehoods and insulting those whose shoes he is unfit to lace and read to be educated. Dr Bawumia has brought the high office of Vice President into enough disrepute. 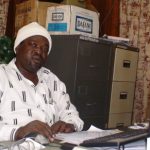