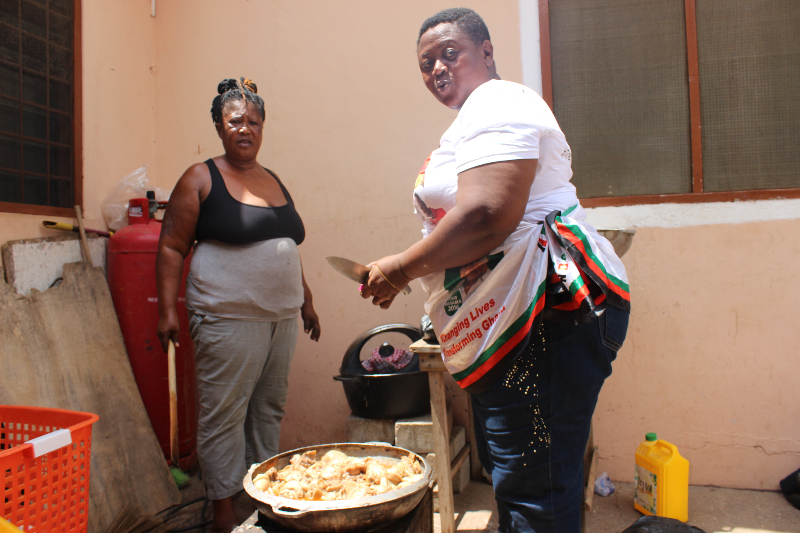 If the NDC wins the 2016 elections, it’d be credit to the unity that exist among members of the party. Ahead of the December 7 polls, the party is vigorously rallying Ghanaians behind its message of transformation, on the national, regional and constituency levels.

As part of efforts to clench as many sits as possible, in the Greater Accra region, the National Democratic Congress’ Accra Regional executives, have embarked on a tour of all 34 constituencies in the region to join the party’s candidates in their house-to-house campaigns.
After completing 15 constituencies, the executives made a stop in Ablekuma North, on Wednesday 26th October 2016.

They were welcomed by the party’s constituency chairman, Augustine Rasito Akwetea and it’s Parliamentary Candidate, Sally Amaki Darko Attopee in Odorkor. The group then split itself into four different group and spread across the constituency to spread the good news.
As a reporter eager to understand the rhetoric of a politician, I tagged along with the parliamentary candidate, as she covered Awoshie. I noted as she sold her hunger to lead the constituency in it’s quest for transformation. Affectionately called Madam Tilapia, the candidate conveyed humility, empathy and love. Pictures I took on this sojourn would explain further.