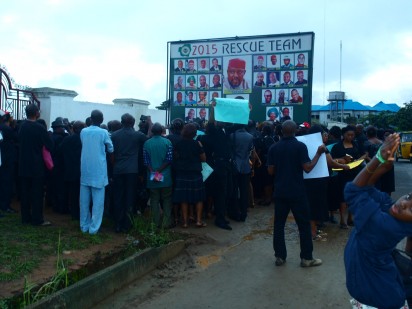 OWERRI—Irked by what they called “executive arrogance and complete disrespect of agreements,” the leadership of the organized labour in Imo State, has moved the plight of its members to the State Police Command.

“Labour had tried to come up with ways of avoiding the retrenchment of Imo workers. It is pertinent to also tell you that during our recent meeting the governor and the national leadership of labour in Owerri, he also assured us that no worker would be sacked.

“It is therefore, shocking that this promise lasted for only two days and he reneged,” Chilakpu told the CP.

While assuring the Imo police boss that labour would resist the temptation of doing anything that would scuttle the peace of the state, the NLC Chairman, however, expressed shock that the state government never kept its side of all the agreements.

“As a way of brokering peace between and government and labour, a committee was set up to look into the issues, but they were yet to turn in their report before government sacked workers in the 19 establishments”, Chilakpu said.

Continuing, the Imo NLC boss explained that based on their usual peaceful approach to labour issues, they decided to properly brief the CP, as well as solicit his support to mediate in the growing tension in the state.

“We will do our best to maintain peace. Labour will follow every anti-labour issue with utmost maturity and peacefulness, despite the continuing provocation”, Chilakpu told the CP.

Responding, Mr. Lakanu appreciated the labour leaders for towing the path of peace, even as he persuaded them not to take to the streets to vent their anger.

“There are other mature ways of handling all labour issues than opting for street protest, which poses a lot of risks and danger to the lives of the protesters,” the CP said.