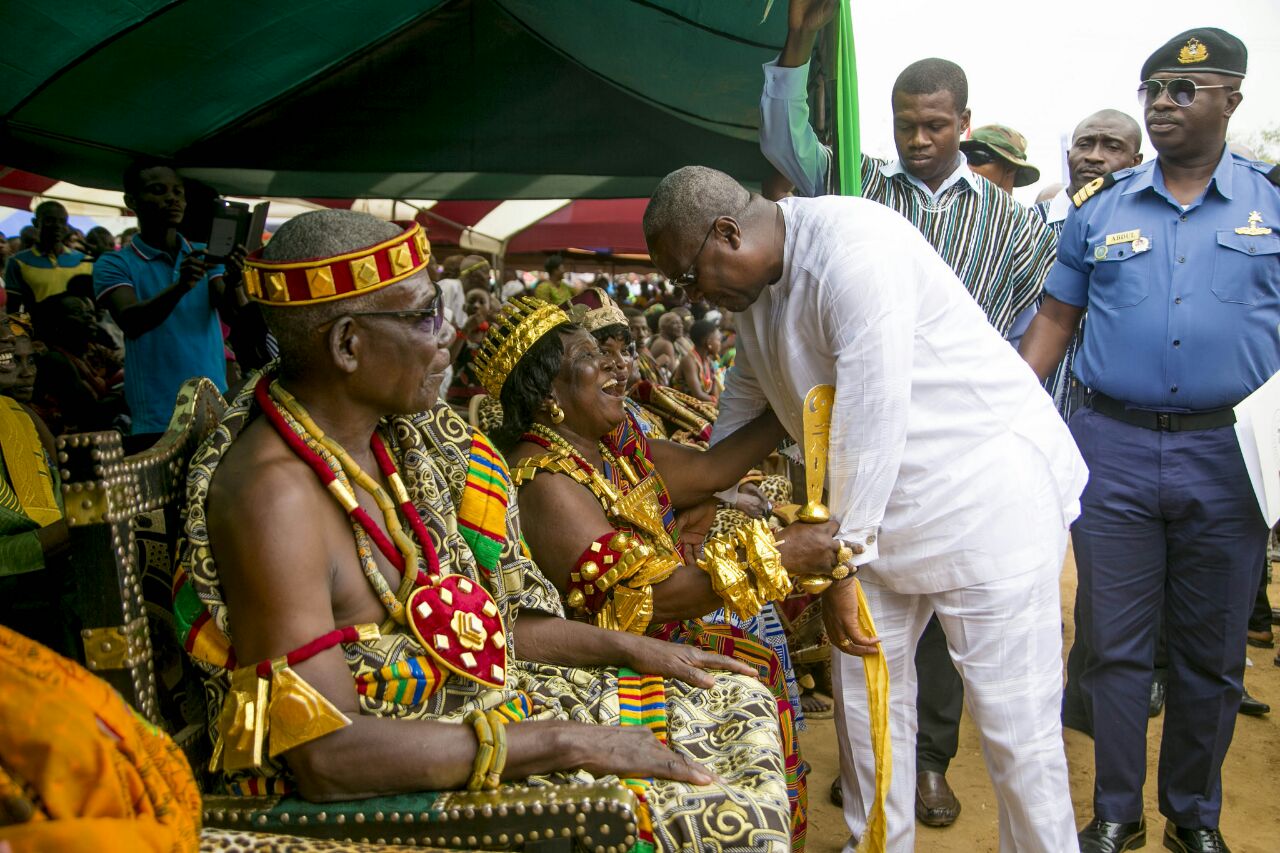 The Chief of Saboba, Uchaborbor Cheek Binalibemi, has appealed to government to expand the Saboba Water system to meet the requirement of a growing population in the District.

He said the population of Saboba, has outgrown the only water system in the district and urged government to take advantage of River Oti and build an additional water system.

The Chief also appealed for a District hospital to help cater for the health needs of the people.

Chief Uchaborbor said transportation in the area is difficult as a result of lack of a bridge over River Oti and therefore asked government to construct the bridge to facilitate the movement of food stuff in the area.

The Chief made the appeal at a rally of the NDC in Saboba Thursday.

President Mahama said the Town Water System is to be implemented soon by the Community Water and Sanitation Agency, CWSA, to feed all parts of the community.